Paradox have revealed a Crusader Kings 2 infographic, but in a depressing twist, it does not include the total number of family members players have offed.

I mean, really. You’re doing a Crusader Kings 2 infographic, and it’s not about how players have killed a combined number of family members? What do you mean, you don’t remotely track that stuff? What’s the point of remote tracking if you’re not going to pay attention to familicide?!

Oh, sure, there’s an average number of 2,500 players at any given time, and an average of 104,600 people playing it in any given month. And fine, the average playtime is 99 hours, and someone has played it for 10,500 hours. And I’ll grant you, although those aren’t exactly Call of Duty numbers, they’re pretty bloody impressive for a hardcore grand strategy game. But can you put that into figures of “how many power-grabbing nephews have been assassinated”? No? Bah.

You can look at the Crusader Kings 2 infographic and be very disappointed in it, below. And also above, but you can’t click on the one above. 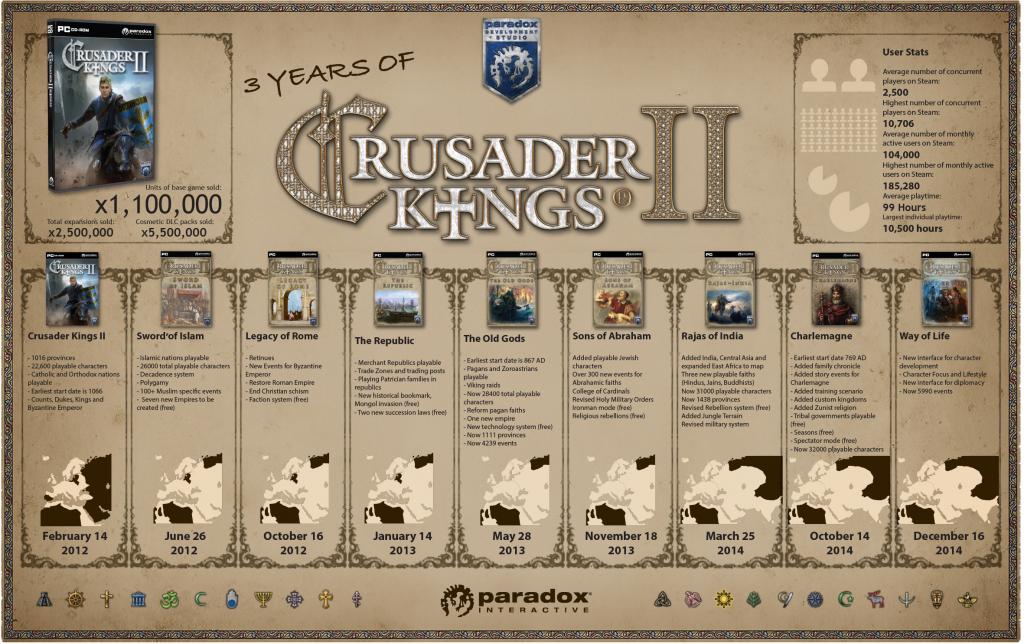