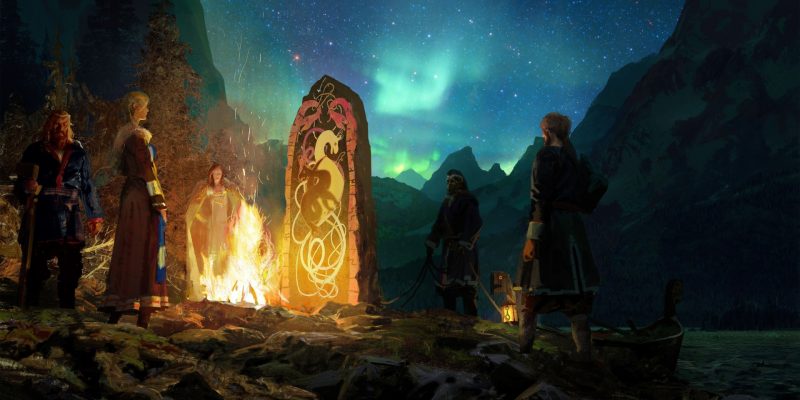 I picked a custom male character, Orm, to lead the Jarldom of Småland in my Crusader Kings III – Northern Lords run.

I made sure to have a few bonuses to his martial and prowess stats. Likewise, I gave him some boons to his looks and fertility to improve my chances of getting positive genetic traits. At 18 years of age, this Chris Hemsworth look-alike had the entire medieval world ahead of him.

Although Orm doesn’t have an heir, he’s quite the ladies’ man. Before unpausing, I gave him two concubines, as well as a wife named Saga, the young daughter of Jarl Halfdan “Whiteshirt.” This ensured a mighty alliance that will become beneficial for many years to come. 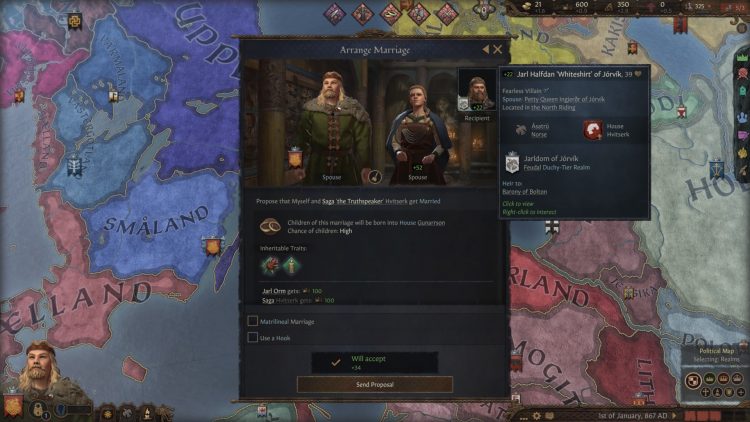 Jarl Orm of Småland started out small (haha), quickly taking out Gotland and Nyland who were relatively weaker. At the same time, Jarl Halfdan asked me to join him and the Sons of Ragnar to conquer Northumbria.

I gladly accepted the offer, but there really was no reason to send troops overseas given that the Norsemen can hold their own. As such, the primary goal of the remaining small conflicts and raids was to simply increase my fame to Distinguished (level 3). This enabled a new war goal: Varangian Adventure. 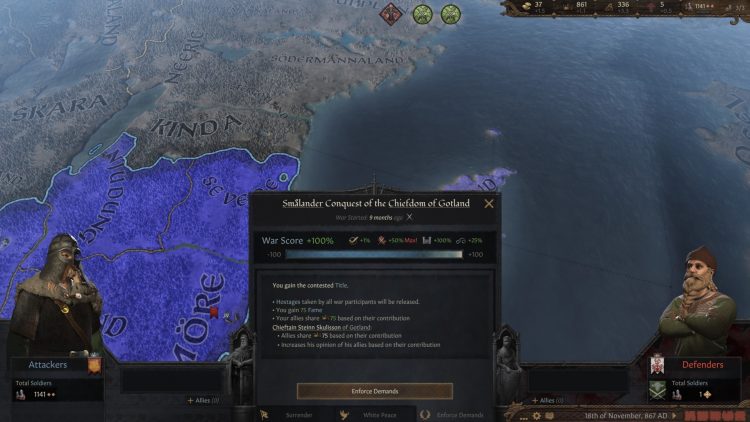