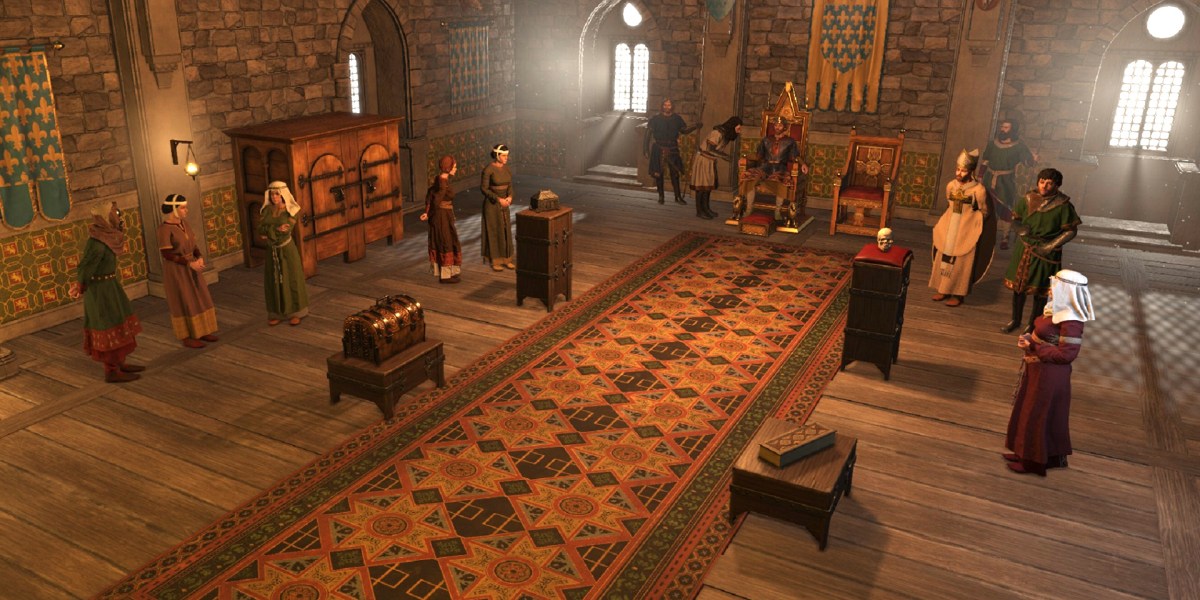 Earlier this year, publisher Paradox Interactive revealed the upcoming expansion for its well-received strategy game Crusader Kings III, titled Royal Court. Although Paradox initially planned for the expansion to come out this year, it conceded that the need to work from home due to the COVID-19 pandemic slowed down the development process. This, on top of the reality to the team that the expansion was proving to be “very technically challenging.” Eventually, the developers decided to delay Royal Court until next year. Thankfully, it looks like players will not have to wait until late 2022 to experience Crusader Kings III: Royal Court, as Paradox announced a release date of February 8, 2022.

An update of royal proportions

The developer revealed this release date in a new trailer, where Alexander Oltner, game director for Crusader Kings III, goes over some of the major new elements of the expansion. According to Oltner, the titular royal court and a new culture modification system make up the two most significant aspects of the expansion. Oltner refers to the royal court as “the scene where you can see yourself surrounded by courtiers and vassals actually ruling, bridging the gap between your character and the map.”

And as opposed to the base game, which restricted players from changing their cultures, Oltner notes that in the expansion, cultures have become “modular.” The newly added options culture options make “the formerly static system dynamic, basing it on acceptance and creating dynamism and emergent cultures.”

The announcement of the February 2022 release date for Crusader Kings III: Royal Court will likely reassure fans who became worried that they would have to wait a long time before trying the expansion. Paradox Development Studio has hyped this DLC up as an ambitious undertaking, and judging by some of the top comments for the trailer, fans agree that the developers are attempting something quite bold. Hopefully, the developer can make the end product just as robust as envisioned.

Farming Simulator 22 doesn’t have a photo mode, but here’s how to drop the HUD for your pics