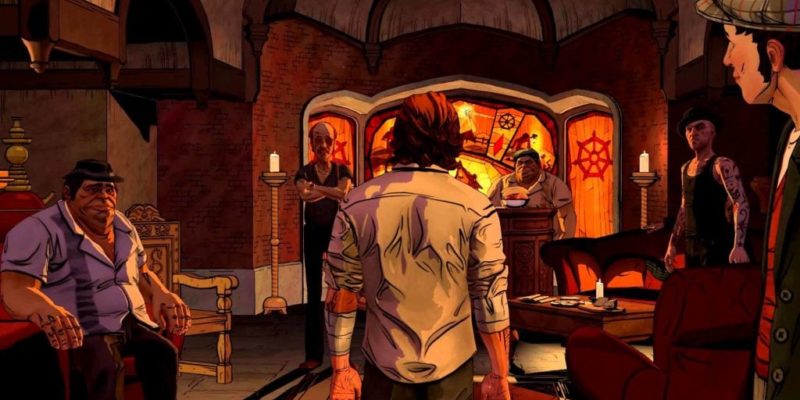 I Spy, with my gigantic yellow eye …

Telltale’s Fables-based series The Wolf Among Us will conclude on 8 July, with the release of the fifth and final episode. Cry Wolf will reveal whether Bigby gets to crack the case, or just crack a bunch of heads in his wolf form. Maybe both, depending on your decisions.

The new trailer released in honour of this news contains fairly obvious spoilers for prior episodes. I mean, if you haven’t played those, why are you watching a trailer for episode five? Are you one of those people who skips to the end of books and reads the last page? You’re terrible. Stop doing that.

After a substantial wait between Episodes 1 and 2 (reportedly due to necessary re-writes to parts of the second episode) The Wolf Among Us release schedule has got back on track fairly well. It’ll be concluding before Episode 4 of The Walking Dead Season 2 is released, when for a while it looked as though Telltale’s zombie series might catch it up or even overtake it.

Anyway, it’ll now be wrapping up early this month. Here’s the trailer, featuring those aforementioned spoilers.