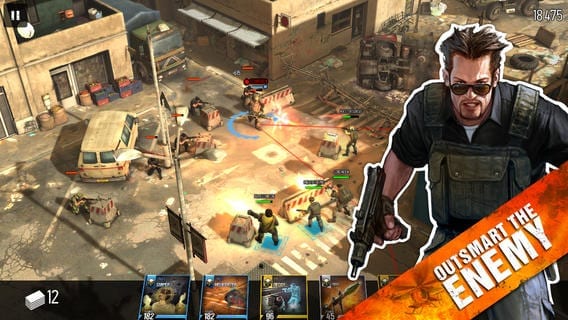 The Collectables, a free to play card and strategy game from Crytek, is available now for iOS devices, iPhone, iPod and iPad. Description Command a crew of renegade soldiers and lead them into explosive combat with strategic precision in The Collectables. You’ll wage war in a 3D environments and seek to overthrow a ruthless army known only as “The Enemy”.

In The Collectables, players control a four-man team on a mission to liberate a series of islands from a hostile military group. You have a deck of cards to augment your team that can used once per mission. Additional cards can be bought with in-game currency,  you can also purchase that in-game currency with real money. If you want to download this new game and try it out head over to the Apple itunes store here. Source Gameinformer