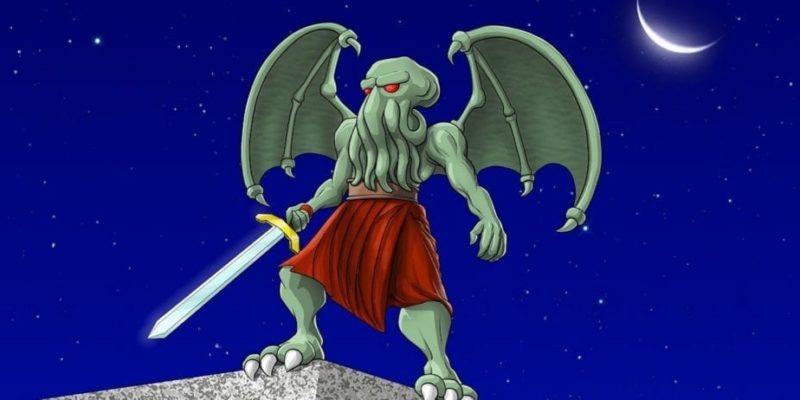 Zeboyd Games, famous for its parody RPGs Breath of Death VII and Cthulhu Saves The World, has announced a brand new sequel to its Lovecraft-inspired comedy game. Cthulhu Saves Christmas will be coming sometime in the future and will feature everyone’s favorite tentacled monster saving Christmas. You can’t get more straightforward than that.

Please RT!
Santa Claus has been kidnapped by the League of Christmas Evil and only Cthulhu can save him! Join Belsnickel, the Snow Maiden, and Baba Yaga-chan as Cthulhu Saves Christmas! From the creators of Cosmic Star Heroine & Cthulhu Saves the World!https://t.co/zmrMGTwcWR pic.twitter.com/KhaSMW4Fwj

Revealed in a very short blog post from the developer, Cthulhu Saves Christmas will retain the comical stylings of its predecessor (now nearly 10 years old) and will see “The League of Evil” kidnap Santa Claus. With Christmas ruined for everyone around the world, only Cthulhu can unleash his psychological horrors against the League to thwart them and return festive joy to the world.

Players will be reunited with Belsnickel, the Snow Maiden, and Baba Yaga-chan. As for antagonists, you’ll do battle with Krampus, Mari Lwyd, and the rest of the League of Evil. This will be another turn-based game, and it will feature some parody relationship life-sim elements. There will also be plenty of tentacles and fun!

We don’t have much more to go on, but Zeboyd is promising a trailer and gameplay information very soon. Considering how the original Cthulhu Saves The World ended up being a surprisingly excellent RPG, I have faith that this Christmas sequel will be just as good.

What do you guys think of Cthulhu Saves Christmas? Are you dying to see another game in the Cthulhu Saves series? Did you ever play the original game? Does reading Cthulhu make you think of the Metallica song “Call of Ktulu?” Would H.P. Lovecraft be happy with how his creations have become a part of pop-culture? Let us know in the comments below if I’m rambling too much.