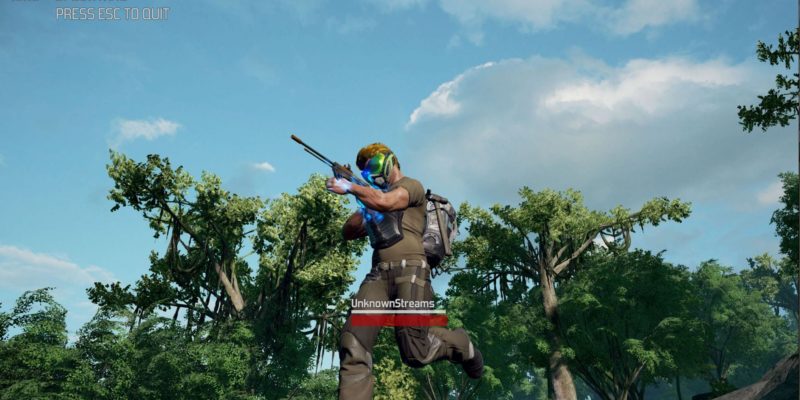 Since it’s a game all about quick-witted decisions and acting swiftly, it’s not entirely inappropriate to see The Culling appear on Early Access ahead of schedule.

The Hunger Games-esque gameshow island battle for supremacy is available for a slightly reduced price of $13.50 until 11 March. You can read all about how Paul got on with the game in this alpha preview.

As usual with an Early Access title, have a read of the summary to inform yourself what’s present and what’s currently missing. The Culling intends to release a “full” version some time in 2017, which will include additions like many more character models and faces, new weapons, new maps, and so on. Performance and network optimisation will take place across the next few months too.

Meanwhile, here are the major changes in this newly available Early Access build:

– Rebalanced FUNC economy to reduce early-match access to firearms and limit ammunition
– – Crafting costs
– – Airdrop costs
– – Recycle values
– Rebalanced Crafted Blowgun
– – Reduced max ammo from 12 to 9
– – Reduced magazine size from 6 to 3
– – Requires ammo to be crafted at Poison Gas Vents (cannot use rocks)
– – Damage now scales based on level of charge
– Sickness wound default duration reduced, reduced intensity of screen effect
– Fix for player stun-lock condition that could occur with ranged projectiles (especially from SMG) and chainsaw
– Fix for occasional crash on player death
– Fix for occasional server crash that appeared to cause players to spawn in water
– Backpacks and Body Armor are now applied automatically if players use Backpacker and Armorer perks
– Added “Surprise Me” Airdrop, which provides the player with a completely random Airdrop from the list, making it easier to unlock new Airdrops
– Bleed wounds deal more damage
– Player can be disarmed while charging a throw
– Fix for Stealthy Perk not properly reducing the volume of sounds made by the player
– Improved throw damage bonus provided by Golden Arm perk from 25% to 100%
– Increased time required to fully charge a throw