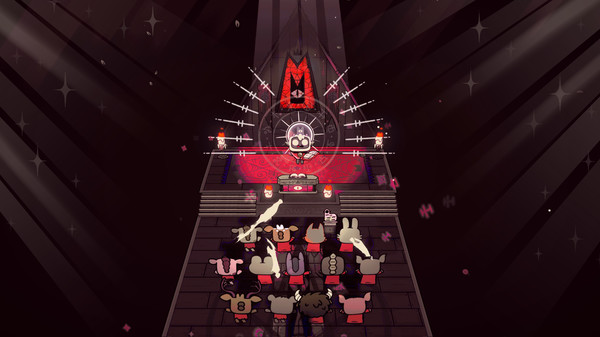 Get ready to build a religion filled with cute, fuzzy animals. Developer Massive Monster and publisher Devolver Digital announced their upcoming action role-playing game, Cult of the Lamb, alongside a release window and gameplay trailer. It’s a hard, bleak life for our main character — a little lamb who is due for an untimely execution. But at the last second, an unknown figure possesses the lamb, giving it the power to break free.

As you expand your influence as the mighty lamb leader, there are certain responsibilities that must be met, all in favor of the stranger who saved you from execution. It’s a cross between a dark world of sorcery and blasphemy… while also being so very cute.

In the name of the holy lamb

As you rescue other animals in peril, you’ll build a loyal flock of rescued critters on the search for faith. You’ll have to collect resources to build a village where your disciples can worship you properly. But you’re not the only cult out there in existence. There are non-believers, false prophets, and rival cult leaders around every corner. You’ll explore a randomly generated world as you hunt down these blasphemous figures, and assert your position as the one true cult.

It’s a very aggressive premise for such a cute art style, but the dissonance is why it works so well. What more can I say? The trailer was just so darn cute, it’s hard to turn away. The game is shaping up to be another indie hit from Devolver Digital, and I’m for it. Cult of the Lamb has an announced a release window of 2022, so it’ll be some time before we can reach religious dominion. In the meantime, those interested in the cult of the lamb can check out the game on Steam.

And for some educational viewing, check out the gameplay trailer below: