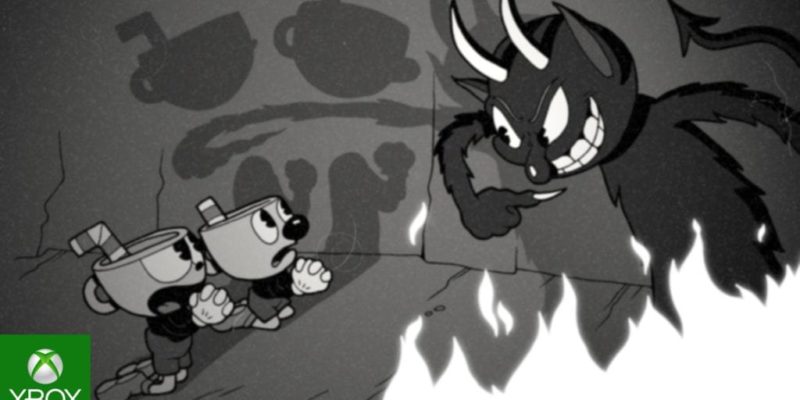 The terrifying-looking 1930s cartoon-inspired run-and-gun shooter, Cuphead, has a new trailer for E3, and it looks as amazing (and terrifying) as ever.

Cuphead and Mugman have lost a bet with the devil, and in order to save themselves, they have to do his bidding. “His bidding” apparently involves fighting bosses that look like they’ve fallen out of an old cartoon, so it’s probably a good thing that they’re fairly skilled at running, jumping, shooting, and… flying little planes?

Cuphead is very focused on boss battles, as you can see in the trailer below. There’s a giant carrot, a pirate ship, a boxing frog hurling what might be disco balls, a rodent in a can, a potato, a ghost train, and a bunch of other exceptionally weird stuff that wouldn’t look out of place in an early Merrie Melodies short.

Cuphead is due to mentally scar me sometime in 2016.