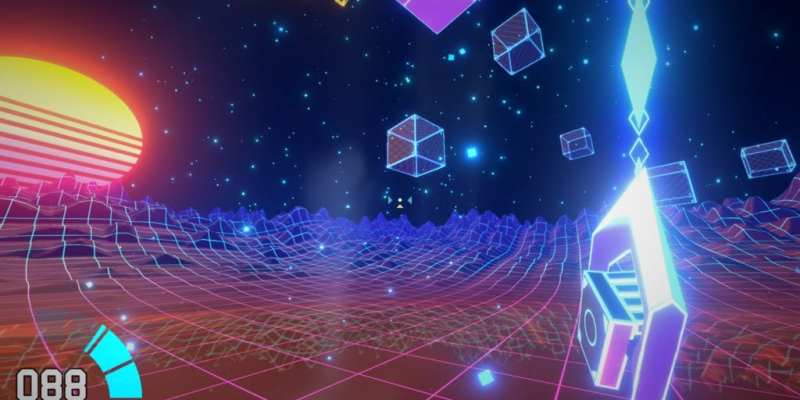 There are few things I love more than freely moving around in games. Whether I’m flying, swinging from buildings, or climbing surfaces, that sense of freedom and exhilaration is one of the best things a game can strive for. Cyber Hook, a game developed by Blazing Stick and due out early next year, is designed around swinging. I was able to check out a short demo of the game, and, while I do have some issues with the way it plays, I still had a good time swinging from place to place.

When I first laid eyes on Cyber Hook, it was billed as a “Clustertruck-like.” That means it’s all about racing from one end of a level to another. This game does certainly have that one thing in common, but otherwise, the gameplay is quite different. While Clustertruck is built around moving across the tops of speeding vehicles, this game, as I said earlier, is based around swinging from platforms.

The Cyber Hook demo begins with you being dropped into a lovely, neon-soaked cyberspace area. You’re greeted by a robot named Dron who proceeds to teach you how to play the game. Soon enough, he gives you a grappling hook and sends you on your way. But that isn’t the game’s only mechanic, as you’d likely imagine. You can also double jump, stop time for a spell to grab onto things more precisely, and shoot with a finger-gun to destroy green obstacles. 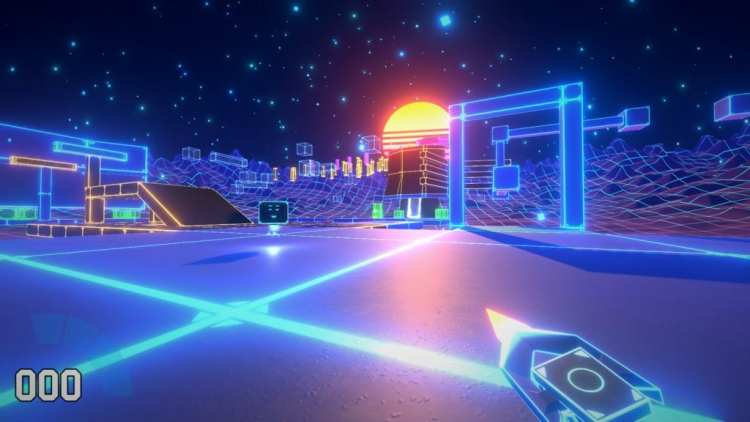 Cyber Hook‘s eponymous device works quite well, all things considered. You use the left mouse button to attach your hook to a surface and then swing from it. Swinging generates momentum, so jumping at the right time will give you a large speed boost that’ll allow you to move quickly through the level. You can also hold the left mouse button down after attaching your hook to a surface to pull yourself towards it.

It’s satisfying when your hook hits its mark repeatedly, which allows you to swing around the levels at breakneck speeds. During the demo, the time-slowing mechanic didn’t prove all that useful, but I’m sure it’ll become much more necessary when the main game releases. You activate this by pressing the shift button. It isn’t a brief power either. Holding the button down grants you multiple seconds to line up your hook if you should so desire it.

The finger-gun mechanic is pretty neat as well. The shots it fires are quick and punchy. Breaking all the green blocks in my way was immediate and fun, plus the hand itself is amusingly-designed. It also works well in tandem with the hook, even if I got the two of them mixed up now and again. 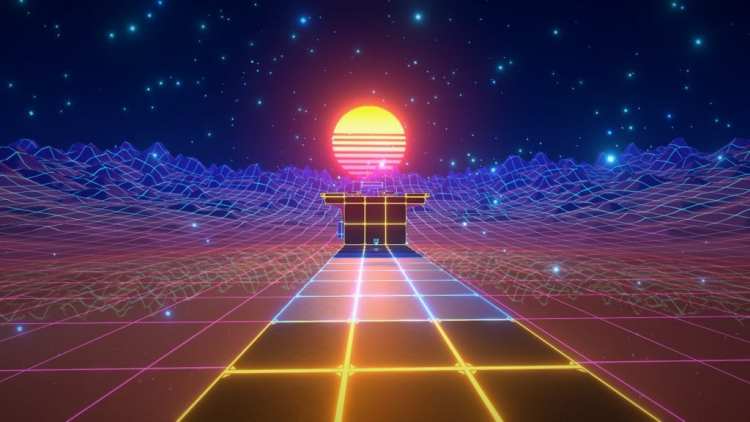 The goal of Cyber Hook is to reach the portal at the end of each level within a time limit. Times are doled out similarly to bronze, silver, and gold medals. Successfully netting the slowest of these times will give you one mark at the end of the level, while getting all three will see them turn gold, at which point the screen displays a small trophy graphic.

The levels themselves start simply enough. You build momentum by running and increase it further by swinging around. There are also funnels that you can walk into that will launch you in a certain direction. But the design I saw in some of these levels could use some more work. It can sometimes be unclear which direction you’re supposed to head, as the signposting isn’t the greatest. I was also faced with obstacles that I was expected to overcome when nothing had prepared me to deal with them beforehand.

For instance, while trying to find my way forward in a level, I was greeted with a tall pillar. At this point, I was supposed to grapple up to a point on this pillar, double jump to gain more height, and then grapple myself to an even higher point to make it to the top. There will very possibly be a smoother curve when the complete game is made available. Within the context of this demo, however, this was rather annoying, as having to learn a brand new thing via trial and error while the clock was ticking was enough to mess up my entire run beforehand. 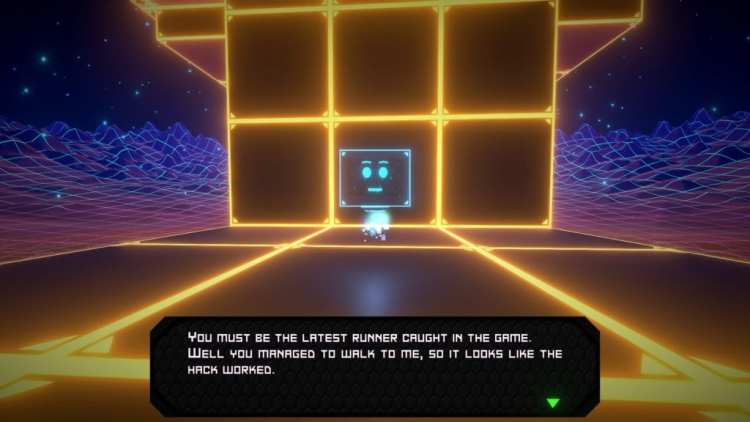 Then there’s the issue with making it over certain obstacles. At multiple points during Cyber Hook‘s demo, I was faced with a series of ascending platforms. The problem was that I wasn’t sure how to even make it over these. I couldn’t jump over them directly, so I instead had to attach my hook to a section that was higher up than me and slowly pull myself on top of it. As you can imagine, this completely wrecked my momentum. I just didn’t see how to properly make my way past these, and doing so this way just felt bad to me.

Another issue I had was general uncertainty with the length of the hook’s cable. I would be swinging through the level like normal but then fall to my death because my hook simply couldn’t reach the next thing I tried to latch on to. On top of that, detaching the hook is kind of weird. You have to jump after it’s attached to remove it. This is fine when you’re in mid-air, but when you’re on the ground, it can ruin your momentum or just overall mess you up. You can also get stuck in place as long as the cable is attached, and it’s weird to have to awkwardly jump just to be allowed to move forward.

Also, at one point during a level, there was a purple field under a platform that forced me to restart the level upon touching it. At no point before me discovering this was this established. It felt a little out of place, especially considering that this was a longer level. 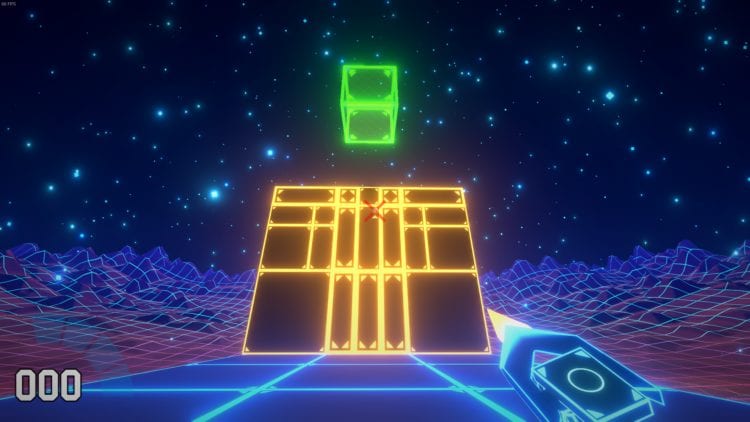 Upon finishing the final level in Cyber Hook‘s demo, I was dropped into a more open environment to mess around in. When the game launches next year, I hope there are more of these, as I feel like having some variety beyond racing to the finish would be in the game’s best interest. The game looks nice, though. It’s very colorful and aesthetically-pleasing, plus the textures are more detailed than I thought they would be.

I’m not sold on Cyber Hook quite yet, but with some polish and better-flowing level design, it could turn out well. We’ll have to wait several months to find out, but I’d like to see the full game successfully overcome the issues that held me back from having a great time with the demo. Still, the swinging itself was rather fun, so I’m looking forward to more of that.