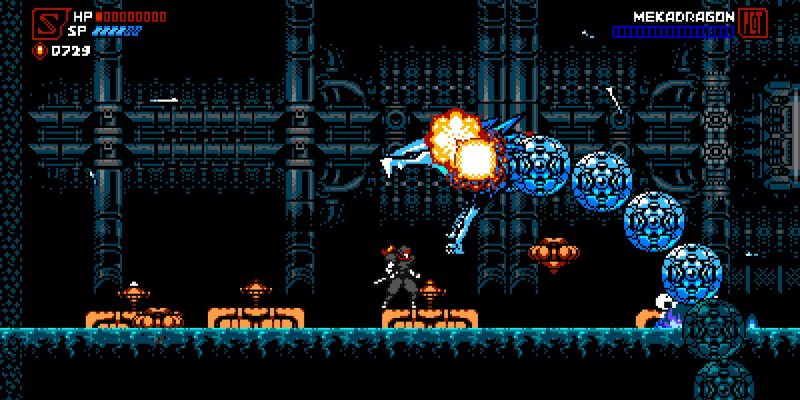 Cyber Shadow‘s bosses aren’t too bad for the most part. That is, until you get to the Mekadragon and he murders the everloving crap out of you. It is certainly one of the toughest bosses in Cyber Shadow, so this guide will explain its moves and break down how to best send the Mekadragon to a watery robograve. Just be prepared to die some in the process.

Before you slam yourself into the brick wall that is the Mekadragon, do yourself a favor and purchase the Charge Blaster item at the save point directly before you fight the beast. This item will fire at specific intervals when you slash your sword. Even better, you can charge it (hence the name). The fight takes place over water, and there will also be robots constantly flying above. You can attack them to create temporary platforms. With the blaster, you won’t have to use spirit points (SP) to do this from a distance, which will help give you escape routes.

As for the Mekadragon itself, that’s trickier. At first, it’ll come up out of the water. It’s tempting to run up and hit it in the mouth (which is its weak spot), but you shouldn’t. It has two primary attacks when it comes out of the water like this. It will often breathe a tiny bit of red fire before unleashing some fireballs that fly far. If you’re in front of it, you will naturally want pull yourself back in order to avoid taking a hit. But you don’t actually want to be in front of it. When you see it do the fire breathing thing, get in the water directly underneath it instead and you’ll be safe. Pop up and hit it in the mouth as soon as it’s done. But move, as he’ll start snaking right into the spot below him, which will hurt. 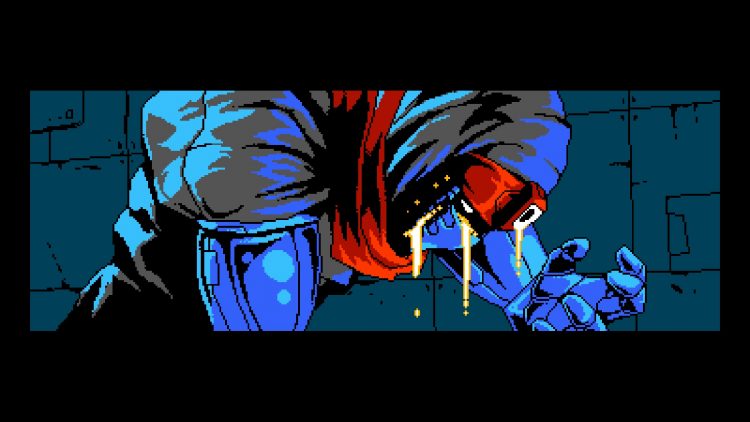 Its other move when it rises from the water is to release an electric pulse into the water itself. Basically, if you notice it not spewing any red fire, then you’ll want to try and wail on its mouth from a platform that you hopefully dropped nearby. Don’t be in the water. Alternatively, for the red fireballs, you can charge up blaster shots from far away and shoot them. A charged blaster shot will do extra damage. Alternatively, you can also use your shurikens. Keep in mind that you can actually hit the Mekadragon with projectiles when you see it traveling in the water, but it requires a lot of accuracy.

Its other move is to dramatically jump straight out of the water and continue upward. Due to this, you’ll want to never stay in one place unless you see it stop moving. It comes back down and towards you after it rises, so you’re not safe just because you dodged this attack. As long as you learn its moves and keep on your toes, he’ll go down. Just be patient, wait for openings, and don’t get greedy. The Mekadragon is a tough fight and Cyber Shadow isn’t exactly friendly.