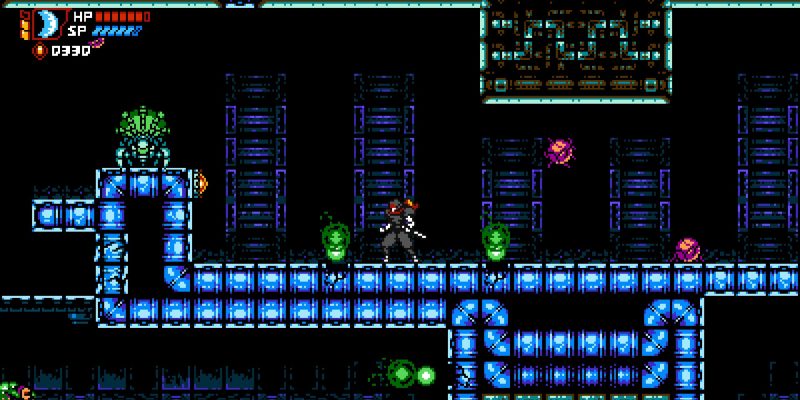 Cyber Shadow is a tough game with a lot of tricks at your disposal. As such, I thought I’d offer some sage wisdom in the form of quick tips in regards to how to make the most of your time getting annihilated by robots and death traps. Just remember, just because you’re dying a lot, that means that it’s definitely your fault.

This is something the game will relentlessly hammer into your skull but I’ll say it anyway. At no point should you be carelessly rushing forward. Always observe and be careful. There are death traps everywhere and enemies are relentless. Wait for openings and make sure you know how a section works before attempting to get through it.

Lean on your abilities by buying SP regen

A lot of the save points will allow you to buy access to SP regen. While you typically don’t need to have full SP to get through most sections, it can certainly make things easier. The shurikens are insanely useful when it comes to clearing the way. If an enemy keeps knocking you to your death, don’t be afraid to take it out of the equation from a good, safe distance. 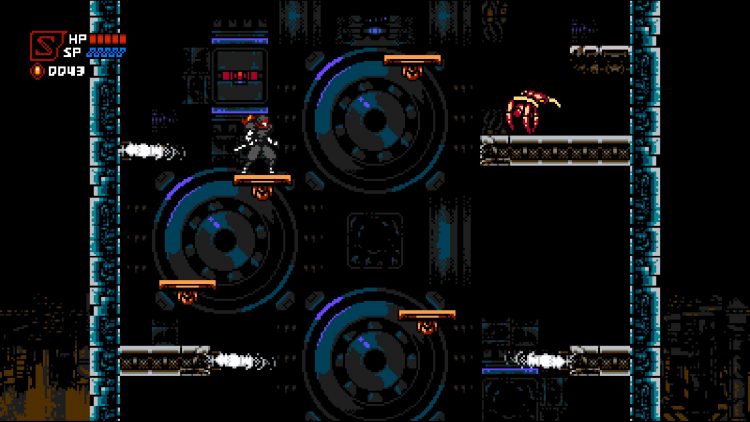 The dash slash is your new best friend

As soon as you unlock the ability to dash in Cyber Shadow, you can do a dash slash by attacking while dashing. This not only allows you to cover greater distances but it also gives you iframes. You can use the dash slash to go through things that would normally hurt you, so don’t be afraid to spam it. If you’ve got SP to spare, you can even chain them. When you hit an enemy with the charged SP variant of the dash slash you can do it again and again without touching the ground, as hitting an enemy resets the skill. But you’ll need to time this carefully, as it won’t work if you’re too early.

You don’t need SP to use regular versions of skills

You might think it’s necessary to have some SP to use your skills but you don’t actually need to. The upward fire attack will do an upward slash if you’re out of SP and you can still do a downward stab and bounce off of enemies as well. These moves are invaluable, so make sure to use them regardless of if you’ve got any juice or not.

You can use the green teleporter thingy to travel to any other one of those things. As you unlock new abilities, you’ll be able to access areas you couldn’t reach before. For instance, you can get a powerup directly to the left of the first teleporter in Cyber Shadow once you get the wall jump ability. The game isn’t quite a Metroid-like, but you can still basically think like you’re playing one and make some notes of areas you can’t reach. 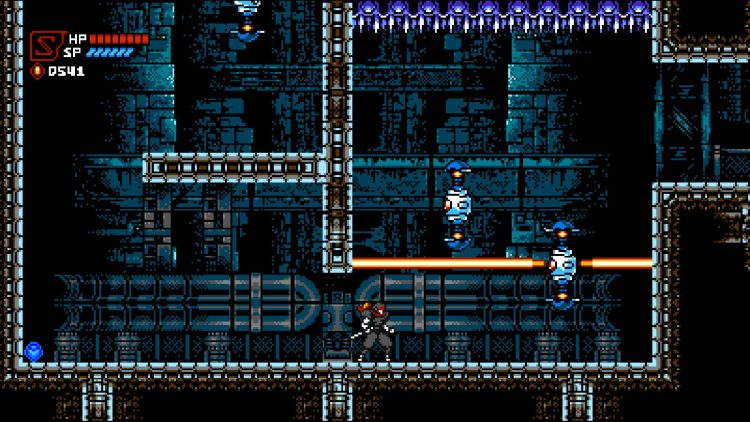 The bike can charge its shots

There’s only one bike section in the game, but did you know that you can charge up shots instead of just shooting the weaker bullets? Well, now you do! Charging comes in very handy in this section, so use it whenever you can.

That’s it for our Cyber Shadow quick tips. The difficulty is mostly based on practicing the sections and getting a firm handle on the controls. Just keep trying and you’ll get there.