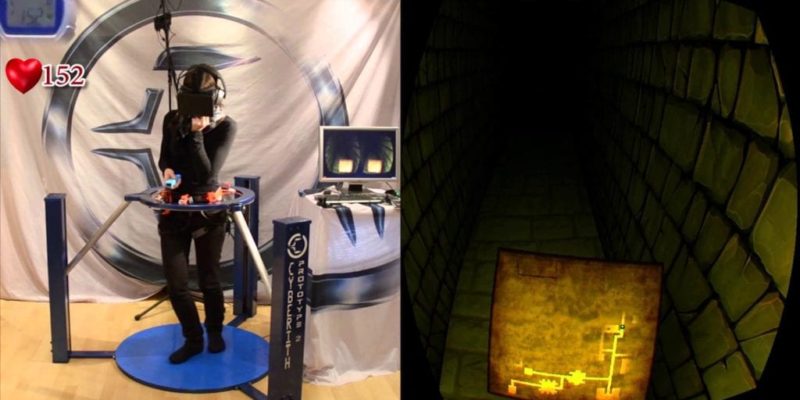 It’s like every dystopian film about 1980s VR you’ve ever seen.

We’ve shown a few videos of the Cyberith Virtualizer in action before. Here it is with Arma 3, and again with Grand Theft Auto IV. The device looks weird as hell, but does seem to give a full body Virtual Reality experience when combined with the Oculus Rift. You can not only move your head around, but also walk and shift your entire body.

That means you can also jump and cower in terror when playing horror titles like Dreadhalls. Cyberith’s Tuncay Cakmak wisely steps aside for this particular demonstration, and instead allows Carry to have a go in it. She gets suitably freaked out and, if the heart rate monitor is anything to go by, probably needs some quiet, meditation time afterwards.

You won’t catch me going anywhere near one of these set-ups, but for those who actually enjoy jump-scares it looks terrific. Watch the spook-tacular (is it too far from Halloween to use that phrase?) video, below.