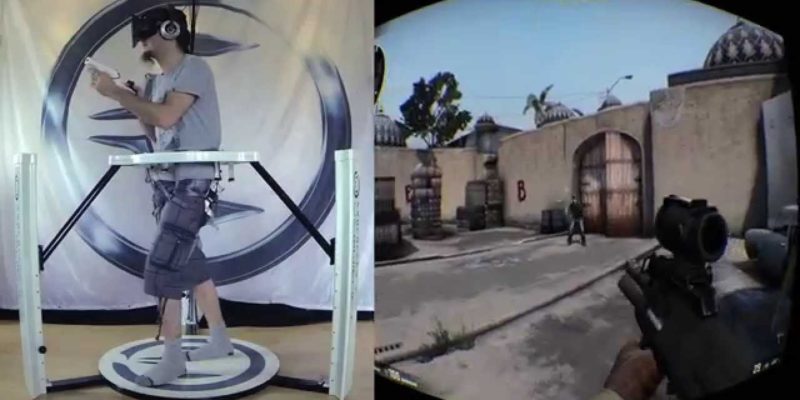 VR nuts will be able to order their own Cyberith Virtualizer later this month when the Kickstarter launches.

Cyberith are ready to launch the Kickstarter for their contraption on 23 July. Coupled with a VR headset, the Cyberith Virtualizer is aiming to offer the complete VR experience with complete freedom of movement for the player.

The development team has been working on a new prototype and they’ve released a new video if it in action playing Battlefield 4 and CS:GO. The new prototype looks pretty swish but you’re going to need a decent amount of space to get this in your living room.

The Cyberith Virtualizer website has also been given a makeover prior to the Kickstarter launch and you can check that out here.

The worst videos game lines of all time