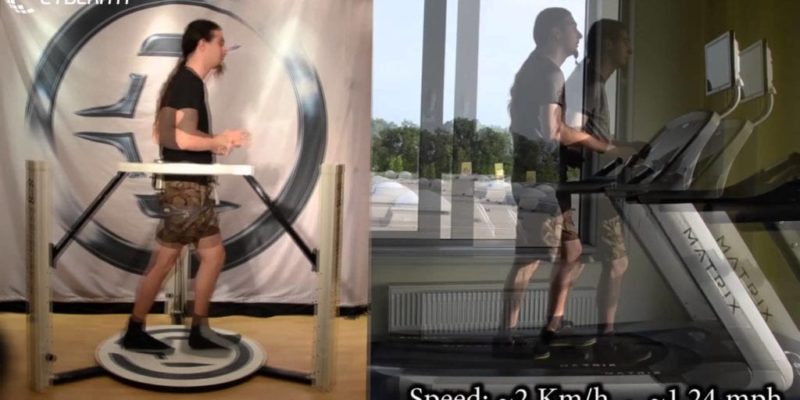 VR fans are flocking to the new Kickstarter for the Cyberith Virtualizer’s crowd funding project.

The crowdfunding has just begun and already the Kickstarter has attracted over $100,000, just under half of the $250,000 the Cyberith team are looking to raise.

We’ve reported about this VR device quite often on IncGamers because it’s looking like the best option if you’re wanting to experience full VR movement. You’ve got your VR headset ready to go but unless you can actually stand and move with the game, the experience is somewhat lacking. This is where there Virtualizer comes into play giving the user real freedom. It’s not cheap but you probably wouldn’t even think about purchasing something like this unless you were serious about VR.

A new video has been posted by its creator Tuncay Cakmak which shows how well the Vitulizer’s treadmill functions at all movements speeds. If you’ve not been following our coverage over the past few months then take a look at the Kickstarter pitch video below, Tuncay explains how this works perfectly.