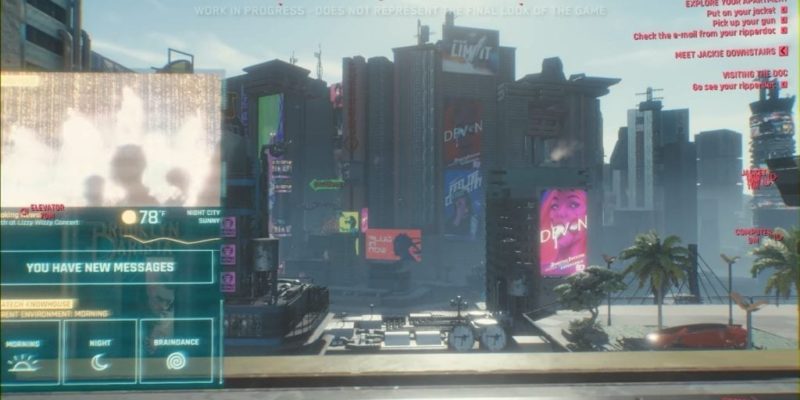 Cyberpunk 2077 being developed by a Polish studio means that Polish game journalists can be the first to get some of the scoops. This is the latest one to be translated into English.

Reddit user Arise 92 got the newest issue of Polish-language gaming magazine PSX Extreme. He or she was kind enough to summarize new details about Cyberpunk 2077 – in English, of course:

– Badlands outside of the Nighty City are a hostile place. The flora there is very minimal and so is the fauna, mostly extinct or eaten with the help of a much worse animal – humans. It’s not a place you wanna go alone or unarmed.

– The Nomads living in the outskirts are Wraights and Aldecados. They have their own conflict and wars between each other. Wraights are up to no good with the player, Aldecados on the other hand, are slightly more keen to have a deal with you.

Aldecados are a band of Nomads formed by farmers displaced by corporate activity — they made an appearance in Cyberpunk 2020.

– Skill system is huge and tailored to your style of playing. As you level up you gain progression points, which then you can use on new skills and boosting certain attributes, strength, reflex, cool, intelligence. The level of your attributes will let you install certain chips only available to each. Using one kind of weapon a lot, will also make you better at it. Same goes with melee and hacking. There are also bonus perks, passive, active, and ones activated in certain conditions. On top of that there’s Street Cred, which you gain through completing tasks. The higher it is, the more serious and dangerous quests are available to us, as we’re more “trustworthy”.

Slight correction, there seems to be 2 types of points. One for skills and one for attributes+

– V’s flat is important to the storyline and lots of meetings take place inside of it. Unfortunately you cannot modify it, because decorating your apartment doesn’t really go well with the vision of a dark and gritty spirit of the game, says Paweł Sasko.

– AI and driving could be a bit better. Hopefully it’ll get polished until the release.

It’s interesting to see the developers admit that such important pieces of Cyberpunk 2077 (or any game) — AI and driving — are underperforming at this point in development. 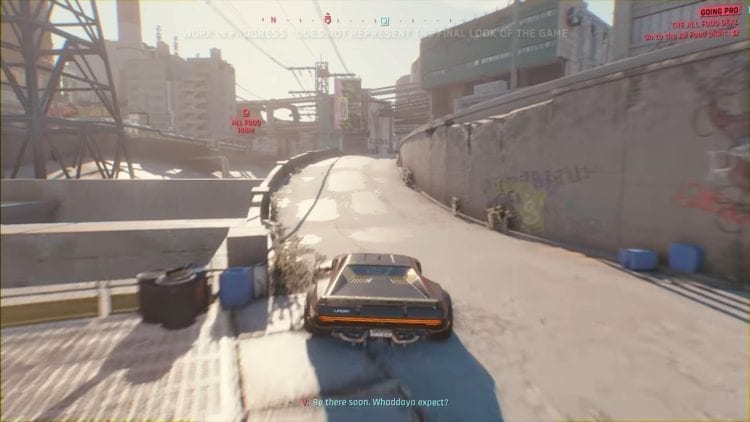 Stealing cars and hearts in Cyberpunk 2077 may not be easy

– Stealing a car is not so simple, if you do it somewhere where policeman or gang can see you, you’ll be in some big trouble. You’ll have to fight or run and hide. Kinda like in GTA. There’s no jail though. Stolen cars/bikes will not end up in your garage, unlike the ones you purchased.

– Loot is important and besides all your usuall stuff for crafting, weapons and armor, there are collectible items to find. If you like looting, it might become handy to install special chips that’ll help you find secret stuff. Of course the stuff you find is also upgradable. NPC’s will also leave clues as to where loot can be hidden.

– Deep relationship system, you can befriend a lot of NPC’s. You can also become more than a friend to them, having multiple relationships all at once is also possible. Of course not every NPC will have the same sexual orientation as you, so if you wanna bang them…. might need to try in a different playthrough.

We have already seen that the Cyberpunk 2077 player character can engage in, uh, “banging” in one of the early gameplay trailers. However, the actual depth of character relationships is still to be seen.

– Animals are mostly non existent in the world of Cyberpunk, due to pandemics associated with them. You’ll still have a chance to see some pets, owned by the wealthy elite.

– Between years 2020 and 2077 cyberspace got hacked by a famous netrunner. Since then corporations created “Blackwall” which cuts off the hacked and dangerous cyberspace from rest of the infrastructure. Some netrunners tried to explore the deadly side of it, but none has returned.

– The level of detail is captivating. Together with the atmosphere it creates a very unique world.

– Religion plays a solid role in the world of Cyberpunk. In one of the missions we’ll explore a church with a neon cross, right in the middle of a sermon. Some people will often have old, classic TV’s in their houses, it can be because of the poverty, but also because certain religions do not allow certain things.

The astute reader will remember that CDPR has already touched upon religion in Cyberpunk 2077, with claims that it will more than just mere window dressing.

– NewGame+ will be a thing and is worked on.

– Game’s ending will be dependant on our choices, but also side quests will have a noticeable role during the story, as well as at the end of it.

In the end, this seems to be quite the wallop of information on Cyberpunk 2077. The skill system and the relationships seem to be the most interesting new bits of data, even if the developers had briefly touched upon that already.