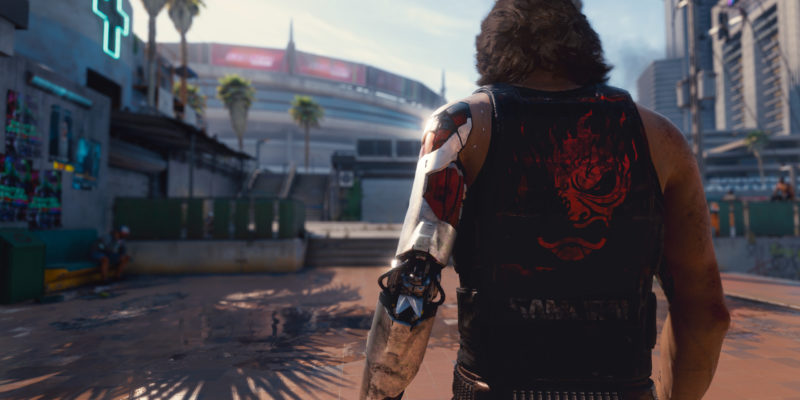 This branch will always be available since it’s the default path you can take in Cyberpunk 2077. Then, on the rooftop, say that “trusting Hanako is risky but worth it.”

If you choose to go with Hanako Arasaka’s plan, Johnny won’t be too happy with it. Anyway, Anders Hellman will arrive to pick you up.

Note: If you saved Goro Takemura, he’ll show up as well. He’ll assist you further in the next missions. 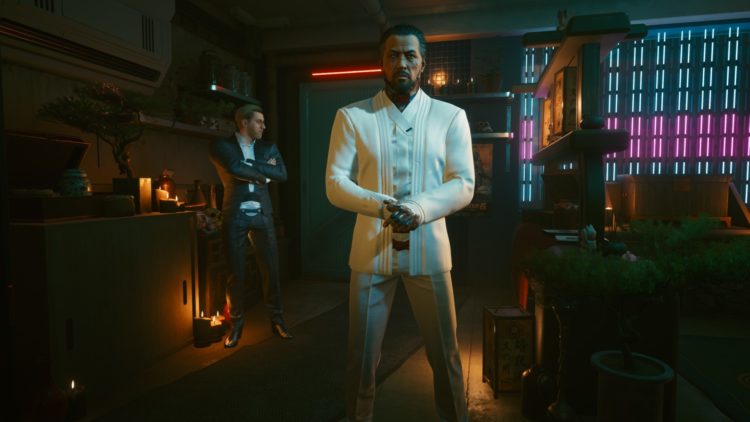 In “Last Caress,” your objective is to speak with Hanako Arasaka who’s being guarded in a mansion. You have to eliminate four elite guards and, if spotted, you’ll need to take out everyone, including a mech.

Speak with Hanako and ride the vehicle to finish the mission. 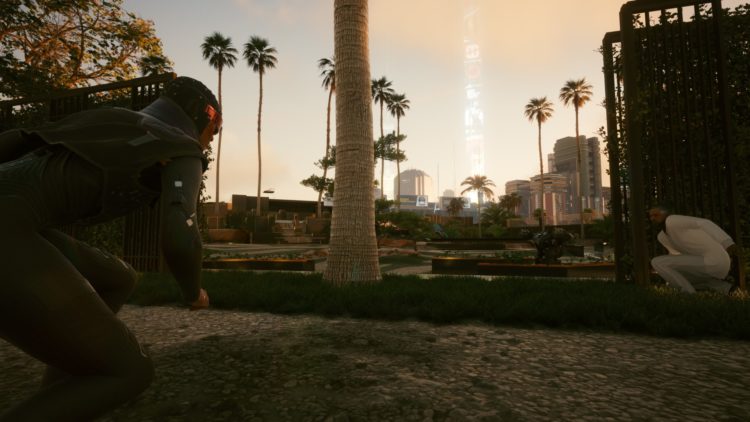 In “Totalimmortal,” Hanako will inform you that her father’s consciousness is alive thanks to the Soulkiller program.

Oh, and if you saved Takemura, Oda (the boss you fought a few missions prior) helps out as well. 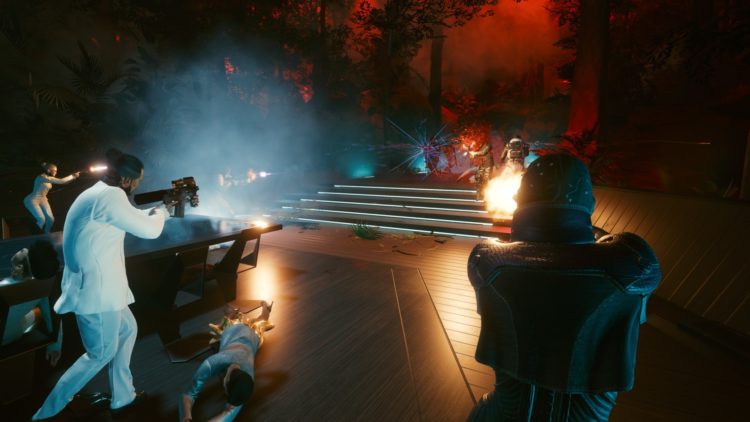 You’ll be killing numerous guards that are still loyal to Hanako’s brother Yorinobu. Then, Adam Smasher will arrive to settle the score. Takemura will be assisting you, too, if he’s around.

Defeat Adam Smasher and decide his fate. Then, head to the inner chambers to confront Yorinobu. 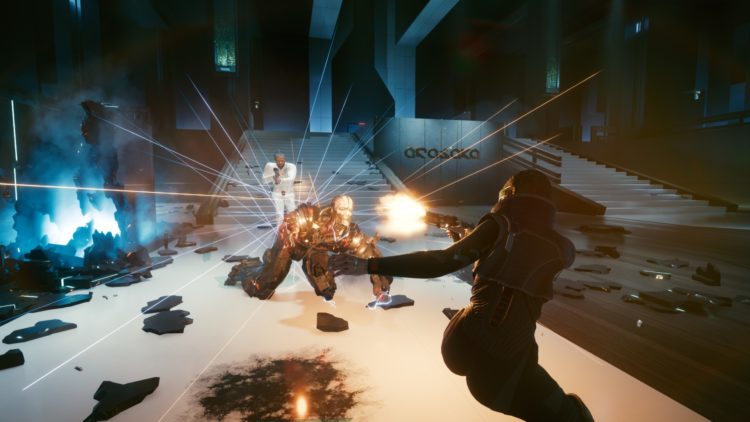 After a chat with Johnny in cyberspace, V will wake up in one of Arasaka’s orbital stations. This is now the “Where Is My Mind?” mission.

V will undergo a series of tests and, towards the end, you’ll probably get bored out of your wits. 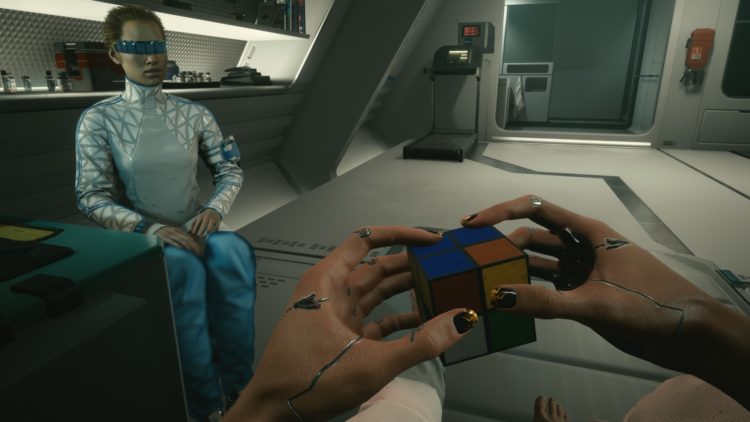 You’ll eventually have an option to call your friends, so go ahead.

Important: Save your game here. The next sequence leads to a major decision after V starts causing a ruckus. You won’t be able to save anymore during the next part. 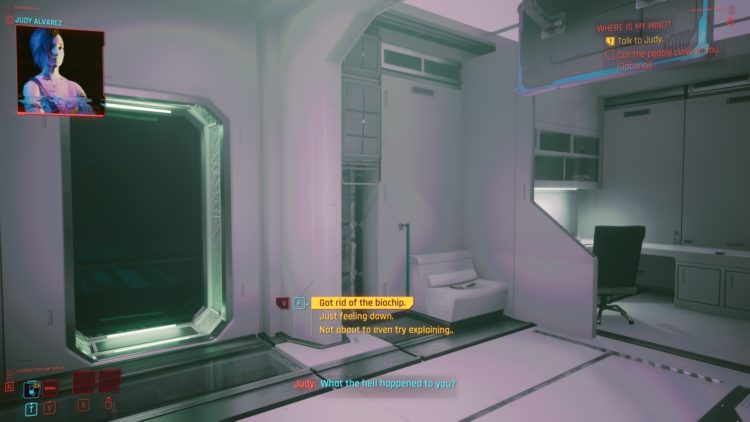 Takemura (or Hellman if you didn’t save Goro) will arrive and tell you that the relic has been removed. Unfortunately, V will still die. You’re presented two choices: 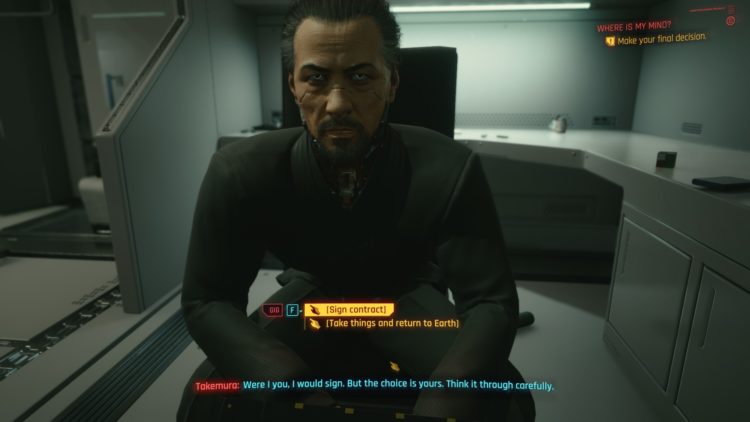 V will give up her memories and personality, basically her entire being, to Arasaka. These will be stored in a chip until a suitable host body is found, whenever that may be. 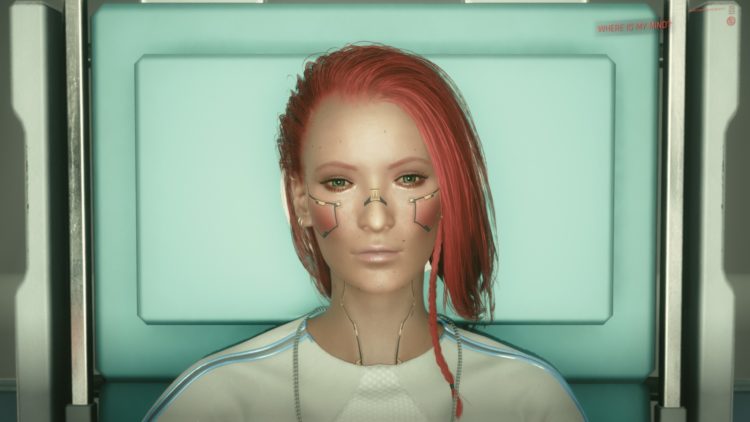 V will simply pack her bags and leave the space station, her future uncertain. 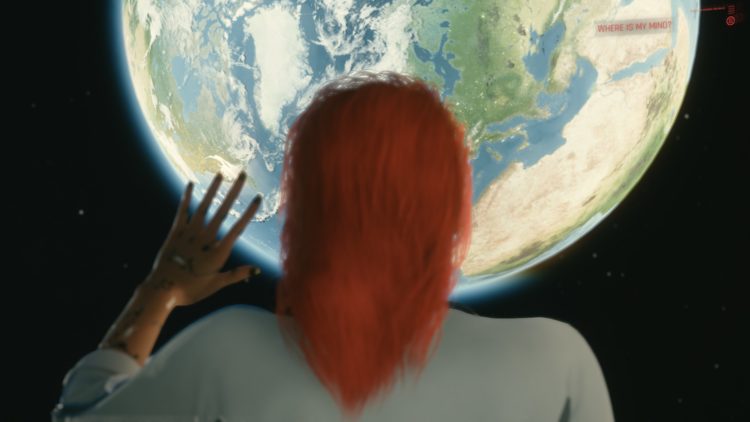 All right, let’s talk about Cyberpunk 2077‘s ending involving Panam and the Nomads.