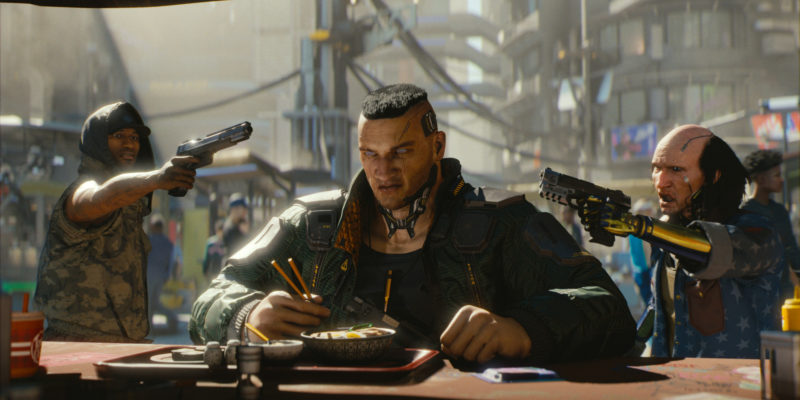 Someone had to guess this would happen eventually. Physical copies of Cyberpunk 2077 are out in the wild, and gameplay leaks have already made it onto the internet. Twenty minutes of the Nomad backstory were streamed live from a PlayStation 4 or PS4 Pro.

Footage of the game running quickly made its way around the internet, with users on the Resetera forums posting multiple (now deleted) links to the stream. The folks streaming, either too high to focus on the game or too giddy to take their time with it, skip through character creation and get right to the meat of this prologue. The Nomad prologue is one of three, the other two placing V in the shoes of a Night City street kid or a cold-blooded corpo.

A peek at the cyber-country life

In all, the gameplay shown in this leak isn’t too spectacular, and it’s not a whole lot that isn’t already available through the multiple trailers and gameplay videos that have already been released. It shows the player fixing up a souped-up buggy, speaking with the town’s sheriff (who sports a pair of augmented hands, obviously), and then some driving around in the wastes outside of Night City. There seem to be some graphical downgrades and slip-ups in the video as well; V’s body parts pop in as he’s looking at a mirror and textures generally look muddy. However, that could be chalked up to the version of the game being played not being final.

Again, it’s nothing too exciting, especially because of the extremely annoying commentary over the entire video. For those eager to see any of Cyberpunk 2077, skip these leaks and just wait a couple of weeks for the game to actually come out. Or, go back and watch the hours of gameplay and trailers available on Cyberpunk 2077‘s YouTube page.