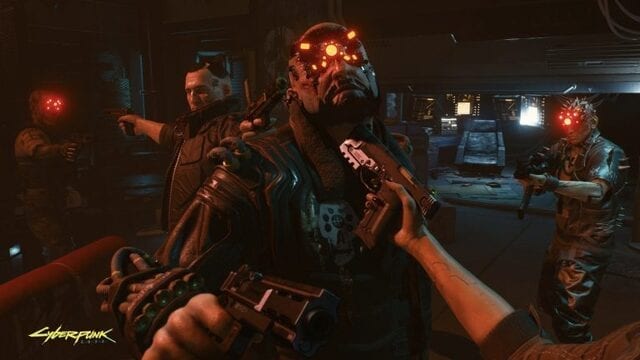 Cyberpunk 2077 was first announced all the way back in 2012 with a short teaser that now seems almost unrelated to what the game has turned into. After this teaser, we didn’t hear or see much of Cyberpunk 2077 for years until 2018, when CD Projekt Red presented another trailer during the Microsoft conference at E3 2018, complete with a stealth announcement that pretended to hack the conference on MS-DOS.

That trailer is a very glitzy overview of Night City, and cyberpunk writer William Gibson described it as “GTA skinned-over with a generic 80s retro-future,” which isn’t entirely inaccurate when it comes to the trailer. However, a couple of months later and right after Gamescom 2018, the studio released the 48-minute gameplay trailer that had turned heads at both E3 and Gamescom as a hands-off closed-doors demo. That’s when we got our first taste of what Cyberpunk 2077 might play like. And what stood out was how open-ended the gameplay seemed.

Play it your way

In my opinion, one of the most impressive moments in this trailer is the dialogue with the Militech agent. The way she reacts impatiently to the player character while waiting for an answer is really uncanny. Granted, this is a carefully orchestrated and scripted segment in a demo of a massive open-world game. Obviously, this level of reactivity can’t possibly extend to the entire game. Still, the idea of a fully gameplay-driven and dynamic dialogue system like this is something else. Later there’s a standoff with the Maelstrom gang, and the dialogue options also focus on a dynamic cutscene. At any point, you can draw your gun if you choose to. Instead, we see the player character defusing the situation.

I’ve read or watched just about every report of the latest gameplay demo from E3 2019. All of them mention how every aspect of the gameplay seems equally open-ended. According to PC Gamer, “It presents like an RPG with ambitious scope, playstyle variability, and a strict dedication to realizing a cyberpunk setting.” PC World described a variety of hacking approaches: “There are some really fun hacking-related knockouts—a robot who punches an enemy too hard, a soda machine that ejects cans at high speed, a bench press machine that collapses on its user, and so on.” IGN mentioned an interesting combat detail: “Another strength move: using an enemy as a bullet shield, ripping away an enemy’s gun and using it.”

Playstyle variability is the common thread in all reports. They all mention that the demo player at E3 2019 kept switching between two different builds of the player character. It aims to show that there’s never just one solution to quests in Cyberpunk 2077. Instead, it encourages players to get creative and use the game’s systems in their favor to accomplish their own solutions. And I believe this is a unique feature to RPGs as a genre. Most genres expect you to guess a solution that the developers devised based on contextual information. As I see it, RPGs should give you systems where you can improvise your own solutions. Perhaps even solutions that the developers never even thought of.

Improvise and carve your own path

This kind of improvisational gameplay harks back to the immersive sim school of game design. In a 2017 PC Gamer round table discussion (worth reading in full), Warren Spector told the following anecdote from a play-testing session of Ultima VI:

… Ultima VI … is kind of where I realized that all this improvisational stuff could really be magical. It was unplanned, kind of a bug. There was one puzzle where the Avatar and his party came up on one side of a portcullis and there was a lever on the other side of the portcullis that you had to flip to raise the portcullis and keep on making progress. I watched one of our testers, a guy named Mark Schaefgen, playing in that area. And he didn’t have the telekinesis spell, which was the way to get past that portcullis. I was sitting there rubbing my hands together going ‘oh ho ho, he’s screwed, he can’t do it.’

He had a character in his party named Sherry the Mouse. You can probably see where this is going. The portcullis was ‘simulated,’ and here the air quotes are around simulated, simulated enough that there was a gap at the bottom that was too small for a human to get through, but not too small for Sherry. He sent Sherry the Mouse under the portcullis, over to the lever, she flipped the lever, and then the rest of the party went through. And I fell on the floor. At that moment I just said to myself, ‘this is what games should do. We should start planning this, not having it happen as a bug.’ That was where I realized this was really powerful.

Now, Ultima VI was not an immersive sim, but it was one of the most open-ended RPGs at the time. Perhaps not as open-ended as Ultima VII turned out to be, but still. This approach to gameplay design by Spector was probably one of the seeds for Deus Ex. The developers of Cyberpunk 2077 have already said that the original Deus Ex has been a huge influence for them. It even resembles Deus Ex in the way it displays NPC video calls in animated portraits on the upper left corner of the screen. This is a deliberate signaling of what kind of gameplay and reactivity we can expect. Do you remember the incident with the ladies’ room in Deus Ex?

The main question, of course, is how this ideal of open-ended gameplay can possibly live up to our very high expectations. No matter how far we’ve come since Deus Ex, there are still many limitations to how much a game can simulate the real world, even if it is meant to be a highly imaginary cyberpunk world. Recently we’ve seen a ramp-up of these kinds of immersive details and elements in major AAA releases such as Red Dead Redemption 2 and The Legend of Zelda: Breath of the Wild. Some of it can add to the game in a satisfying way, and some can be hit-or-miss.

And the fact is that players will always try to break these systems to their advantage, or just for the sheer fun of it. This is how we get hilarious emergent gameplay like jumping on water in The Elder Scrolls IV: Oblivion. It also opens the way for a lot of bugs and issues that might hamper our enjoyment of the gameplay and spoil the experience. Not to mention it’s also very possible that the developers might not be able to deliver fully on some of these systems, and we might see another Fable or No Man’s Sky with a very unsatisfied player base.

But you can’t deny the ambition and the sheer innovativeness of everything we’ve seen so far. Cyberpunk 2077 is probably the most anticipated game of 2020, and it’s not without reason. It tries very hard to live up to this ideal of open-ended gameplay where if you can imagine it, you can do it somehow. As in Deus Ex, all you have is a mission objective and the blueprints of game systems. The rest is up to you. The developers said you can complete Cyberpunk 2077 completely without bloodshed. You can also cut through your opponents with a massive arsenal of melee and ranged weapons. You can hack your way through everything and become a cyberpunk ninja. Stealth and brute strength are equally achievable.

We might come away disappointed as we mess around with these systems and try to see through the seams. It most likely won’t be equally immersive and reactive all across its sidequests and side encounters. But I really hope Cyberpunk 2077 will live up to this ideal of open-ended gameplay and further elevate the gaming medium.

The guns most in need of a buff in Call of Duty: Warzone Season Three