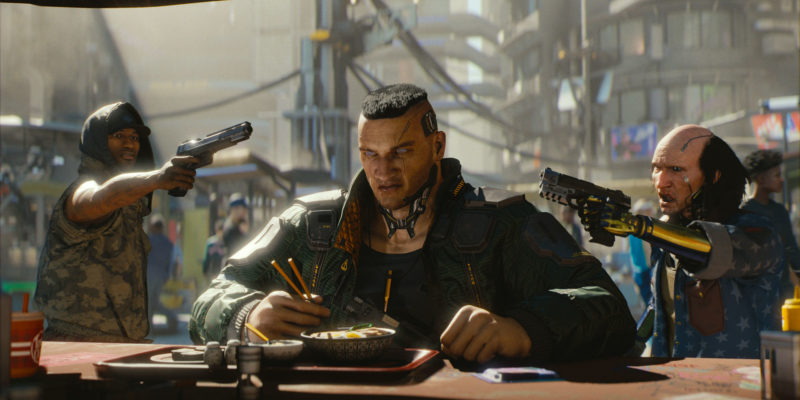 Fans of Cyberpunk 2077 were dealt a blow earlier today when the game saw a delay for an additional five months. But it’s still slated to come out this year — well, most of it, anyway. CD Projekt Red’s tweet earlier today confirmed that its long-awaited adventure will arrive in September, but it won’t have multiplayer ready to go alongside it. In fact, we may be waiting quite a while longer for its debut.

When can players jump into Cyberpunk 2077’s multiplayer?

During a Q&A session with investors, the topic of multiplayer support came up. The good news is that it’s still in the works. However, CD Projekt Red doesn’t intend to introduce it until sometime after 2021.

Multiplayer is being treated in itself as the second “triple-A” project that the company is working on, alongside Cyberpunk 2077’s single player. Obviously single player will take precedence, as the developer knows its brilliant single player experiences. (Go see The Witcher 3: Wild Hunt if you need a reminder.) So it makes sense that it wants to get that portion of the game done first and then focus on the multiplayer.

SVP of business development Michael Nowakowski noted that after the “series of events which we expect to occur after that stage” in development, Cyberpunk 2077 multiplayer will now “probably move out of 2021.”

While this may come as a blow to some, the game’s general experience will still be intact. And yes, that means Keanu Reeves along for the ride as Johnny Silverhand. Sometimes, that’s all you really need. Fortunately, that game is moving along fine in development. Nowakowski said the team knows “where we stand” with development. As a result, it’s confident that it’ll meet its new release date of Sept. 17.

As for where multiplayer goes after that, we’ll have to wait and see. In the meantime, refresh yourself on the epic E3 2019 Cyberpunk 2077 trailer (with Keanu!) below.