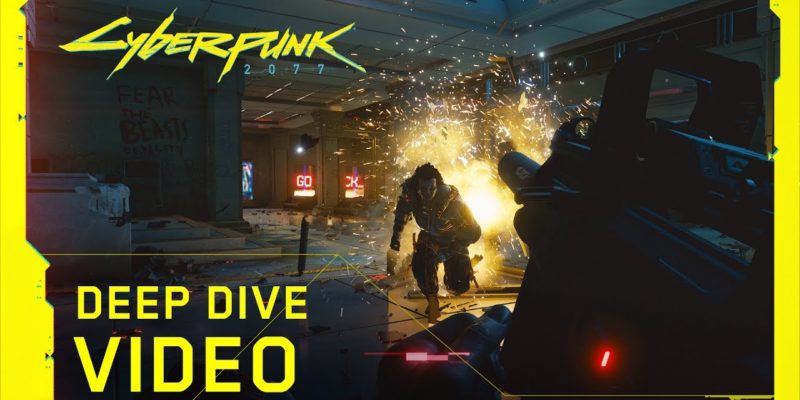 Cyberpunk 2077 looks to be one of the best narrative experiences in games releasing in 2020. CD Projekt Red has implanted loads of information into our neuronal systems, from how player choice will influence the game’s conclusion to the role that religion will play in Night City. Though it seems that CD Projekt Red has more in mind than just a great single-player adventure. As indicated by their Twitter, we will be seeing a Cyberpunk 2077 multiplayer mode of some kind coming a while after the game’s April launch.

2/2 The plan for now is to deliver Cyberpunk 2077 in April, then follow up with DLCs (free!) and single player content, and — once we’re done — invite you for some multiplayer action.

It looks like CD Projekt Red’s plan right now is to develop free (single-player) downloadable content for the game in the months following Cyberpunk 2077‘s release. After those have been released, they will start to “invite [players] in for some multiplayer action.” It’s unknown right now whether this invitation will be for players to test the mode out in a beta or if we’ll have to wait for the mode’s formal release before getting our hands on it. It seems likely that they will be holding a beta to test server load and gameplay balances, and they won’t be in short supply of players eager to help out.

No details were given indicating what the multiplayer is going to look like. CD Projekt Red is currently hiring for a ton of multiplayer development roles for Cyberpunk 2077 specifically. With that in mind, they might not have a roadmap yet of what they want to include in multiplayer. It’s hard to know if we’ll see cooperative gameplay with a series of mission-based objectives (similar to The Division 2), a sandbox open world where mayhem and destruction reign (such as Grand Theft Auto Online), or something totally new.

What would you like to see in the upcoming Cyberpunk 2077 multiplayer mode? Would you rather hang out with some buddies in Night City, or would you rather be diving into the lair of some notorious villains?