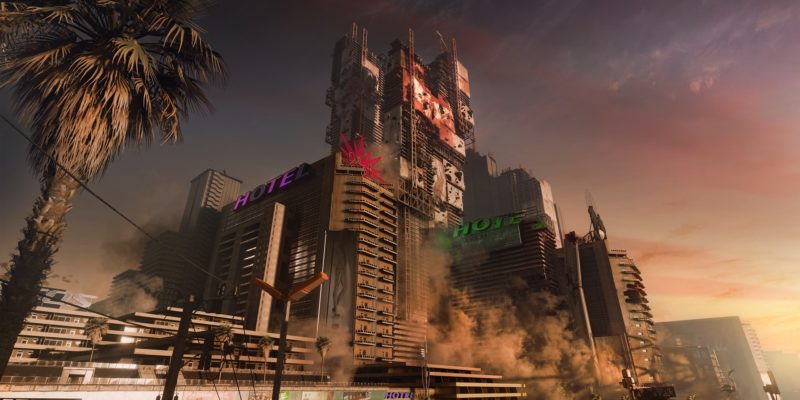 We’re on the final countdown for Cyberpunk 2077 now, as CD Projekt Red has made it clear in several ways that the game will arrive on November 19. Last week, the studio implemented a mandatory crunch. More recently, the game went gold, meaning it will ship for certain in the near future. Now that things are finally ramping up for release, more and more people are finding ways to access materials related to the game. Leaks will become increasingly common for Cyberpunk 2077 from this point forward, and the Night City map is the first to appear.

The image was uploaded to Imgur and posted on the ResetEra forums. The materials came from one of the physical edition retail copies and include the map image plus postcards depicting districts and iconic locations. While the other materials are interesting, the map is undoubtedly the main prize from the leak. We can see the overall layout of the city with all of the major and minor districts labeled, plus some of the topography of the landscape as well. The satellite view of Night City looks similar to Los Angeles at a glance, but it’s still its own creation. 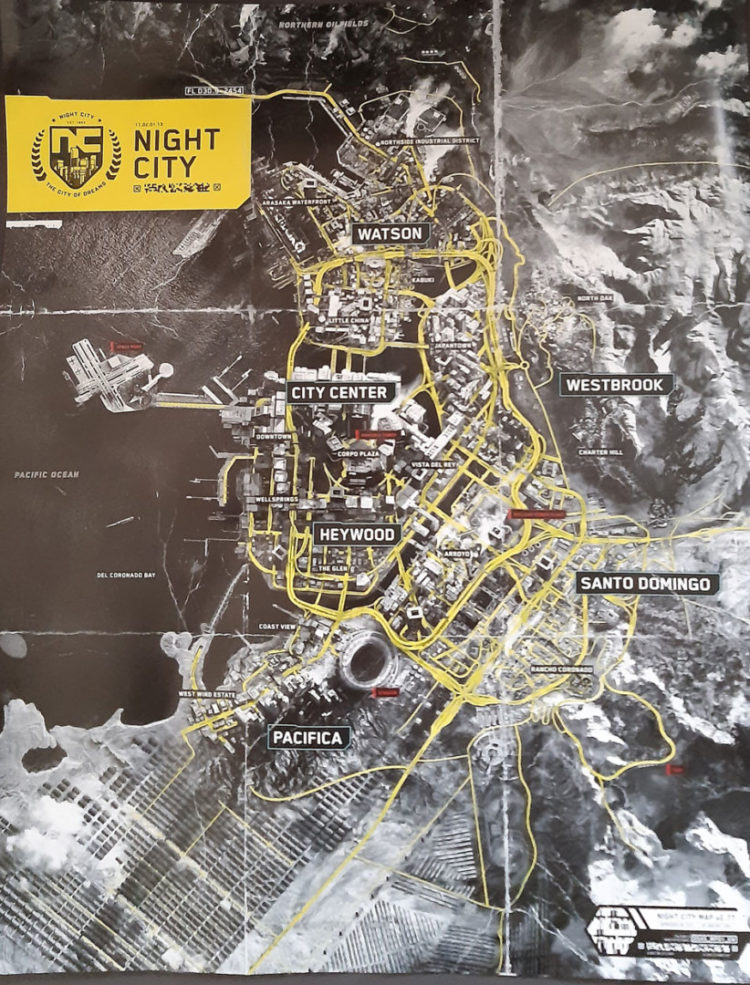 We’ve already seen quite a few district features courtesy of CDPR throughout the year. The city features everything you’d expect from a real place. There are detailed downtown areas like the city center, industrial and business districts, suburbs, and outskirts. It’s particularly charming to see the futuristic renditions of Chinatown, Little Italy, and so on. There’s still a lot we don’t know about the city and its details. That should be the fun of it, though.

Pick a zone on the map of Night City and get get lost when Cyberpunk 2077 debuts on November 19. The game will be widely available when it launches. You can pick it up from nearly any digital store including Steam, the Epic Games Store, and CDPR’s own GOG.com. Physical copies will also be largely available from all the major retailers you might expect.