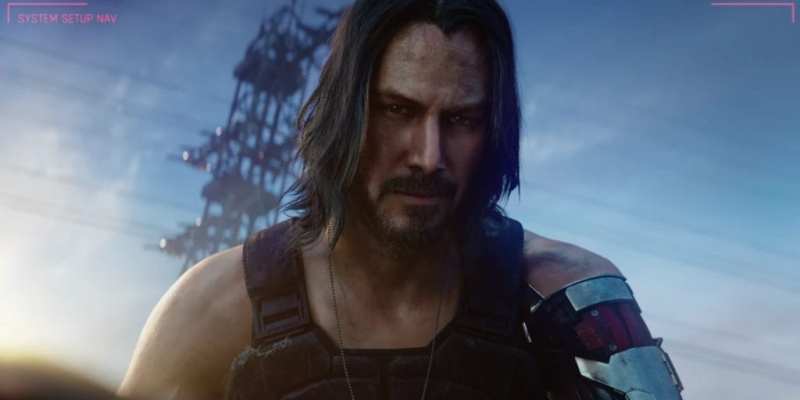 Cyberpunk 2077 finally has a release date: April 16, 2020. With a stunning trailer, CD Projekt Red showed off an intense scene between the player character and a group of antagonists, who  overpowered and neutralized the player with relative ease.

But that wasn’t all. After a system reboot, we found ourselves in a scrapyard, having been woke up by none other than… Keanu Reeves. Or, a character who is played by and modeled after Keanu Reeves. Keanu himself then entered the stage to massive applause to reveal his role in Cyberpunk 2077 in addition to the release date.

Much more groundbreaking news wasn’t shared. But truthfully, the release date was the only bit of news fans have been waiting for. Six years after the first announcement, we now finally know when to expect Cyberpunk 2077. In just ten months we’ll get to roam Night City and apparently… burn it? More about Keanu’s role wasn’t shared, but it seems he’ll be a major player in the game’s storyline.

Cyberpunk 2077 will feature a massive open world with completely customizable characters through gameplay. With dozens if not hundreds of stories set in the grimy, neon-lit city, CD Projekt RED has set high expectations for their new game. Of course, with the Witcher trilogy under their belt, those expectations would have been high regardless. They’ve proven they can make excellent open worlds with terrific stories based on an existing IP, so we expect nothing less from Cyberpunk 2077.

Cyberpunk 2077 will also feature a massive collector’s edition, which you can find on the official pre-order website.