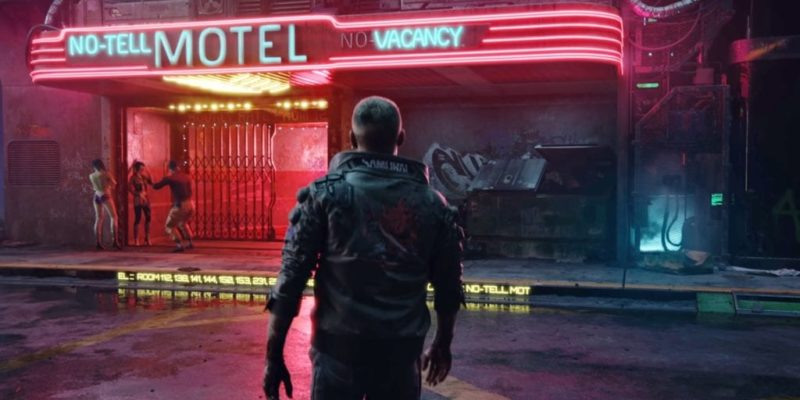 For those of us on PC looking forward to playing Cyberpunk 2077 when it finally (hopefully) launches on December 10, the biggest question has been what we’ll need in our rigs to run the game well. After all, it’s the latest title from CD Projekt Red, a developer not known for its ugly environments. The last time specs for Cyberpunk 2077 were revealed, they were extremely lackluster.

Thankfully, this latest round of specs for the upcoming game are much more detailed and should provide some clarity as to what kind of visual experience players can expect when they finally boot up Cyberpunk 2077.

For the folks without a video card capable of supporting ray-tracing, the specs for running Cyberpunk 2077 are extremely varied. That being said, players will still need a modern rig to run the game well — CD Projekt Red can make great games, but it can’t do magic. Here’s what players will need to run the game at 1080p.

These specs are consistent with what we’ve seen before; somehow Cyberpunk 2077 won’t be that difficult to run. While we can’t say what kind of visual hit the game will take at these settings, players can expect their experiences to look vastly different from the game trailers that have been shown over the years. For those looking to play the game at higher qualities, some of these specs will surprisingly stay the same, but others will increase greatly. 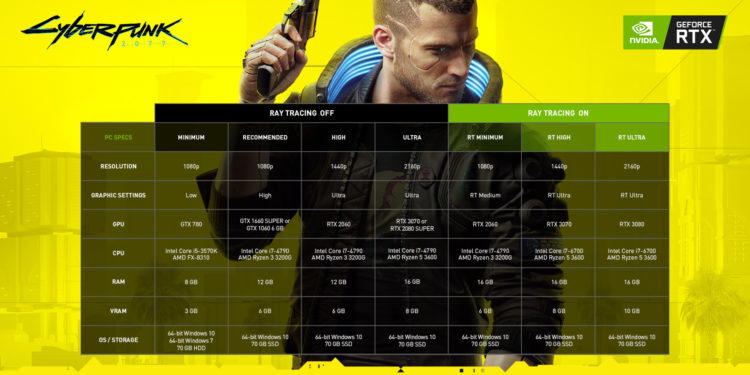 You might notice that throughout the specs for Cyberpunk 2077, something’s missing: AMD video cards. That’s mainly because this sheet was compiled by NVIDIA, which obviously wouldn’t want to recommend its competitor’s video cards. We’ll have to wait until the game actually releases to see how Cyberpunk 2077 performs. Especially with ray tracing enabled and on AMD’s new Big Navi line of RX 6000 GPUs.