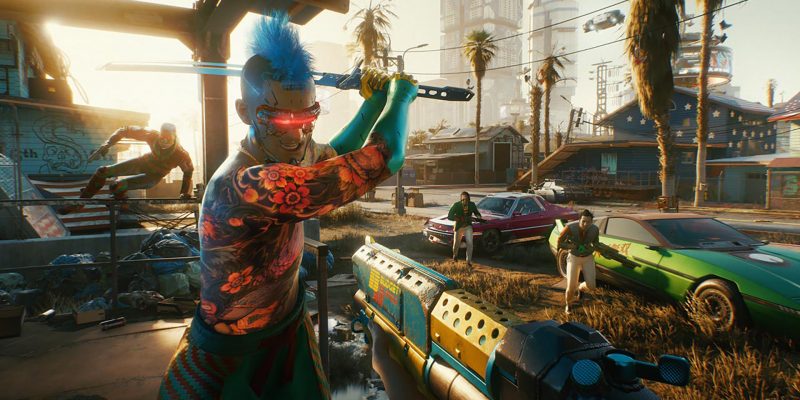 Cyberpunk 2077 fans were disappointed when CD Projekt Red removed wall running before the game’s release. Like many other features, the developers nixed the parkour moves to make room for some designs changes. Fortunately, thanks to a new fan mod, players can finally get the wall run moves that they deserve. The work in progress mod is available for download now via Nexus Mods.

The mod’s creator, Saturne, warned that they’re still working on it, so wall runs may be slightly buggy for now. “Don’t expect anything sick, it’s barely usable at the moment, it’s more of a proof of concept for myself,” a disclaimer read. However, at this time, users should be able to wall run across “95% of walls” in Cyberpunk 2077. All it takes is a double jump near a wall to get moving. To end a wall run, just press the jump button once again.

A patch recently fixed a bug where users who didn’t face forward accidentally went through walls, so that’s good. However, there are still a few things to look out for, including a “little chance” that you’ll die when you fall from the wall. For now, you may want to stick to slightly lower wall runs to avoid major fall damage.

You can check out a demo of Saturne’s Cyberpunk 2077 wall running mod below. The player can be seen gliding across a wall back and forth with pretty decent speed.

Wall running right out of Cyberpunk 2077

Fans may recall that CD Projekt Red initially planned to include wall running as a way to reach difficult spots. A gameplay demo back in 2018 showed main character V running up a wall to perform a drop attack on enemies. Unfortunately, this slick sneak attack method did not make the final cut. Last summer, level designer Max Pears confirmed that the studio removed wall running because of “design reasons.” Although the news disappointed fans, it may have been a good choice, considering all the bugs that plagued Cyberpunk 2077. There’s no telling if wall running would have worked properly.