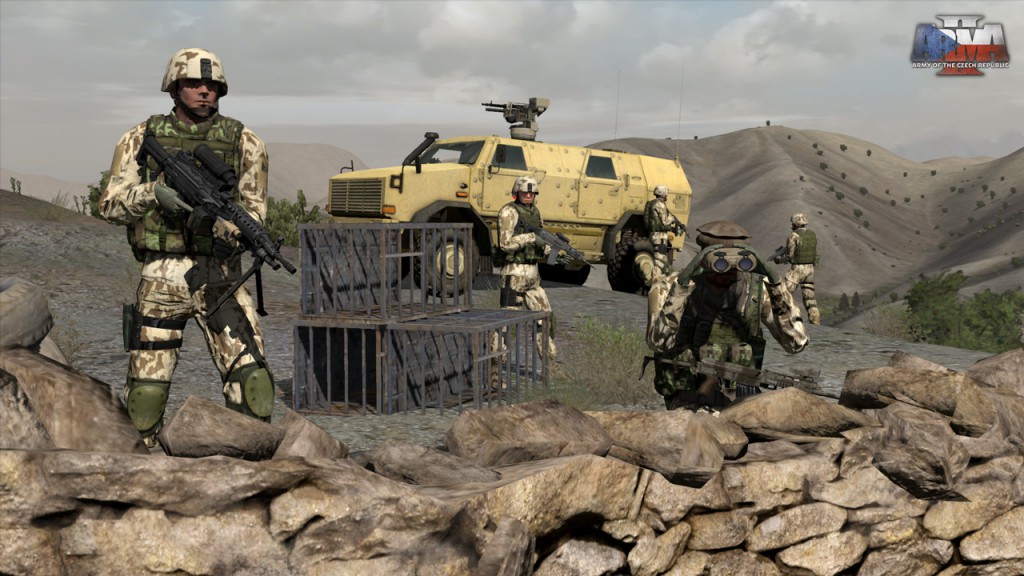 Bohemia Interactive has announced the release of another add-on for their military simulator Arma 2. ‘Army of the Czech Republic’ is only available through Bohemia’s own digital distribution store for now (priced at $12 USD), but will also be coming to Steam in August. This add-on includes a 15-mission single player campaign and two new ‘summer season’ terrains in the form of Bystrica and Bukovina.

Your job in the campaign (as the Czech Army) is to restore order in Bystrica after a deadly civil war and bring an end to the reign of known war criminal Colonel Miyovic and his bands of militia.

Here’s the weaponry and personnel you’ll most likely be using to do that:

Of course, Arma 2 is also the codebase for popular zombie survival mod DayZ. If you’re interested in seeing how the IncGamers team fares in a zombie apocalypse, have a watch of parts one and two of our DayZ diaries. No Czechs, but plenty of tension.