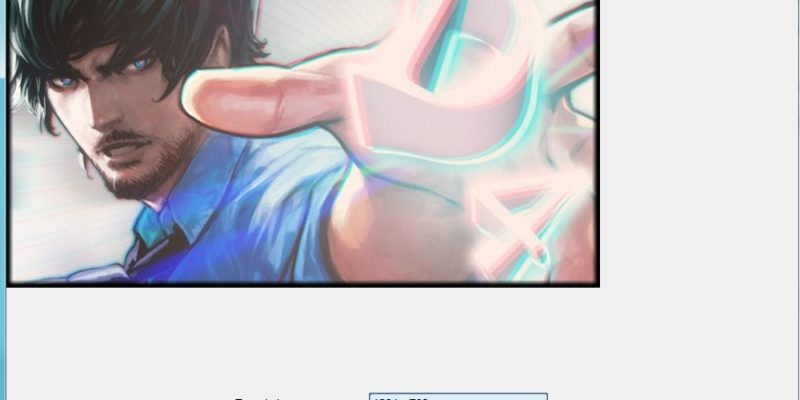 The Unreal Engine 3-driven D4: Dark Dreams Don’t Die had a relatively smooth transition to the PC last week, and turned out to be a pretty good version (as well as, more importantly, a bizarre and interesting game.)

It did have one slight oversight, though; the resolution options listed in the D4 launcher were all fixed. DPI scaling was also a bit messed up. If you fancied playing in something a little outside the norm, you were stuck (unless you knew your way around some UE3 ini editing, which I’d imagine was a potential solution.)

Peter ‘Durante’ Thoman, the man behind utilities which vastly improve the PC ports of Dark Souls and Deadly Premonition, got on the case and created an alternative launcher for the game.

To use it, download from the link above, unzip the folder, and replace the D4.exe in your Steam folder (or wherever) with Durante’s version. Or just launch from Durante’s .exe whenever you fancy playing the game.

The new launcher should allow you to play D4 in any resolution your monitor supports, not just the fixed list provided by the original game.

The Witcher 3 visuals enhanced with EDFX