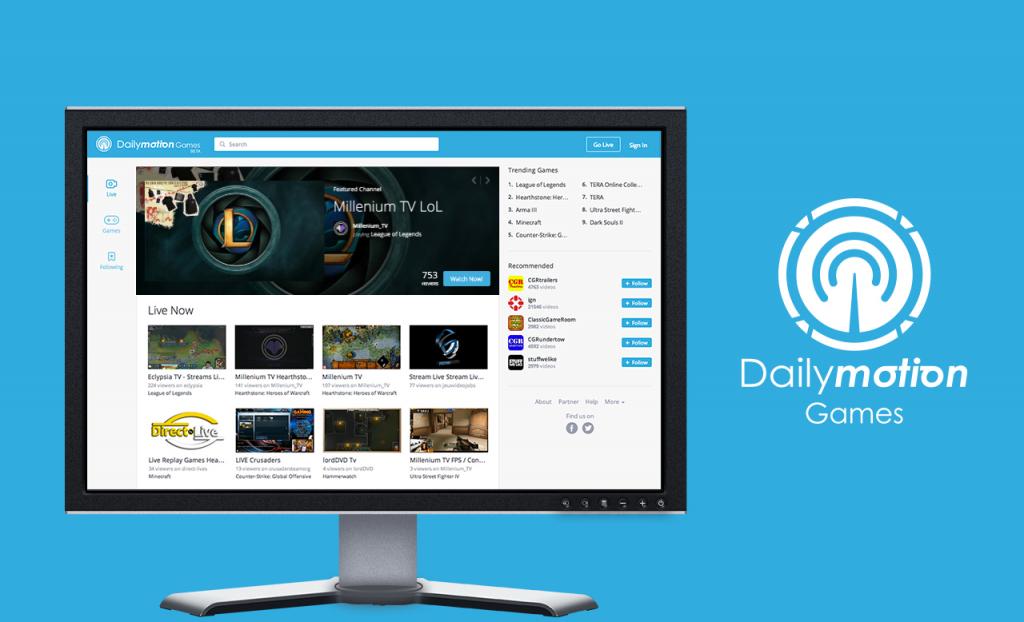 The battle of the live streaming services now has a new, Dailymotion powered challenger: Dailymotion Games.

Dailymotion Games is yet another way for strangers to watch you play games, and it’s got just about everything you’d expect. For streamers, there’s the ability to live stream, a “dedicated control panel” letting you control said stream, and options for monetisation through “user-controlled video advertisements.” Viewers can search for streams, view recommendations, filter things, and – yes – chat to each other and the streamers.

Apps are also available on iOS and Android smartphones and tablets, as well as PS4, so people can watch you play League of Legends really badly even if they’re not at their PC.

Dailymotion Games employs Dailymotion’s “industry-leading” video and streaming tech. Does this mean I’ll finally be able to live stream at a resolution higher than 320×200? I doubt it! Come on, local telecoms. Give me decent internet.

According to Dailymotion’s COO, Martin Rogard, “Dailymotion Games is entirely dedicated to eSports fans and streamers.” The company will “significantly increase [their] investment in the eSport domain” in the next few months, so it’s pretty clear where their priorities lie for this service.

More choice isn’t a bad thing, but I suspect some of the potential success will come down to how Dailymotion Games handles things like VODs and copyrighted music – two areas in which Twitch recently dropped the ball so hard that the ball plummeted through the planet’s crust. Assuming it works like regular Dailymotion it may actually function okay until channels start getting really, really big, and become closely monitored… but I suppose we’ll have to wait and see.

Dota 2 6.83b brings with it a small number of tweaks

The Escapists breaking out in February