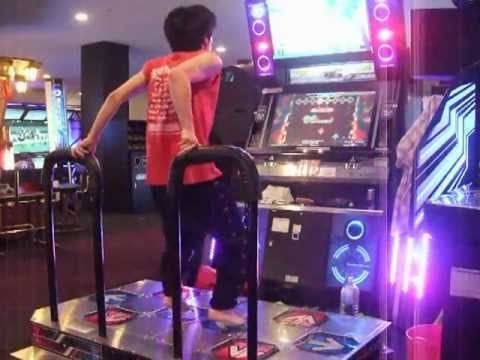 Here’s your odd-but-amusing story of the day: Konami will be demonstrating Dance Dance Revolution Classroom Edition at Bett Show 2014, a convention taking place between 22 and 25 January that focuses on educational technology.

Dance Dance Revolution Classroom Edition allows for 48 wireless dance mats to be hooked up to the PC-based system, with people then able to play simultaneously. The system monitors steps taken, calories burned, and Body Mass Index. Users get individual cards for tracking their own progress, and the system itself can be set up with customised sessions, letting you choose to play for a certain amount of minutes with a certain amount of breaks in between.

The idea, it seems, is that this can be used in places like schools, gyms, fitness centres, and community centres, giving people a way to exercise while having fun. With 40 minutes of play roughly equivalent to a five kilometre run, I’m fairly confident that it’ll probably manage to do both, if it doesn’t kill you first.

For people who didn’t spend their teenage years playing Dance Dance Revolution: it’s a game in which music plays, and directional arrows float up the screen in time to the music. You step on the corresponding arrows marked on the mat below you – “dancing”, if you like – to score points. It starts off gently, but some of the songs and courses… well, just look at the video below.

A gathering of Thief screenshots steal in from the dark