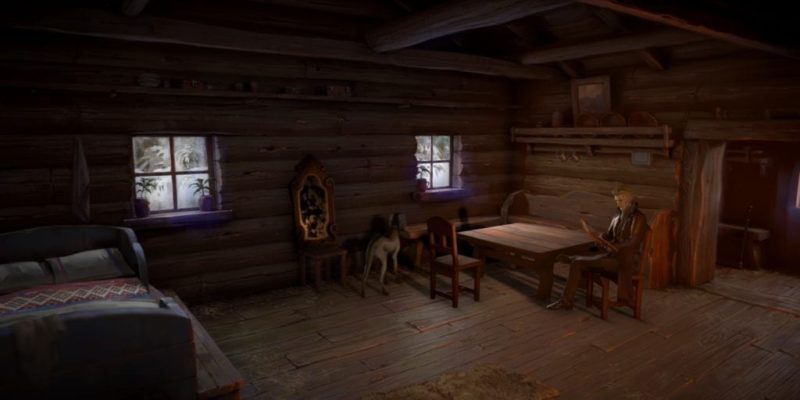 Jack the Ripper and his murders are one of the most well-trodden story elements in a great many games. Whether you’re Sherlock Holmes or have taken the Assassin’s Creed, chances are good that you’ve wandered the streets of Victorian England looking for him. Dance of Death: Du Lac & Fey is a point-and-click adventure that seeks to put a new spin on the events surrounding this, and I got to play the game’s early levels to see how it’s shaping up.

Now, Du Lac and Fey are actually Arthurian legends who have survived for hundreds of years. Du Lac is Lancelot, while Fey is, unsurprisingly, Morgan le Fay, who has been trapped in the body of a dog by Merlin. The two of them go around helping people while searching for Merlin so that she can get her body back. The game starts with a murder in Norway that grants our heroes a series of visions. These lead them to London in their search for how the wizard is connected in this. Once they get there, they receive word of Jack the Ripper’s murders and start investigating.

Dance of Death‘s presentation is above board in most aspects. The character models are 3D and slightly janky, but they look decent enough, even if they can seem a bit doll-like in their movements. The backgrounds you move through are very nice to look at, though. The devs did a great job of capturing the aesthetic of the period. The game also features full voice-acting by professional performers, which helps bring the world to life. The writing also appears fairly sharp, at least early on. 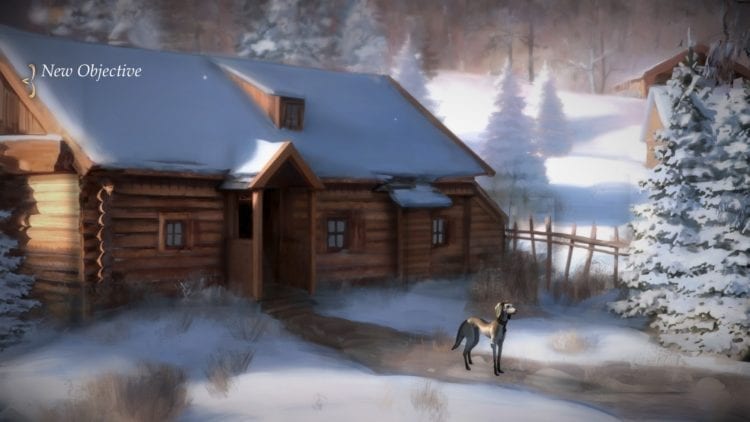 The visuals can be absolutely lovely.

Unfortunately, the gameplay that I saw left quite a lot to be desired. Movement in Dance of Death is point-and-click, but it feels really bad. Characters don’t go where you tell them much of the time, and the game doesn’t seem to register when you click on certain parts of the background. On multiple occasions, I clicked in one direction, only for my character to go the exact opposite way. Characters also seem to have really weird collision detection, as walking near most people awkwardly slides them out of your way, even if you’re a few feet away from them.

The screens are also quite large, while the characters are very tiny on the screen. This makes it extremely difficult to tell them where to go with any level of specificity. I hope the developers add some kind of additional movement controls, as the current system is far too imprecise and wonky, making the game downright painful to explore much of the time.

Dance of Death allows you to switch between characters by clicking on their portraits. From what I saw, you mostly just talk to people to gain information. I didn’t collect a single item or see a single puzzle. There are dialogue trees and multiple ways of accomplishing things, though, which is quite promising. Since Fey is in the body of a dog, she can also interrogate animals for more information. You also investigate crime scenes, which really just boils down to clicking a handful of icons and letting the characters talk. There might be a heavier emphasis on actual gameplay later, but it reminds me more of a Telltale game than of a typical adventure game. 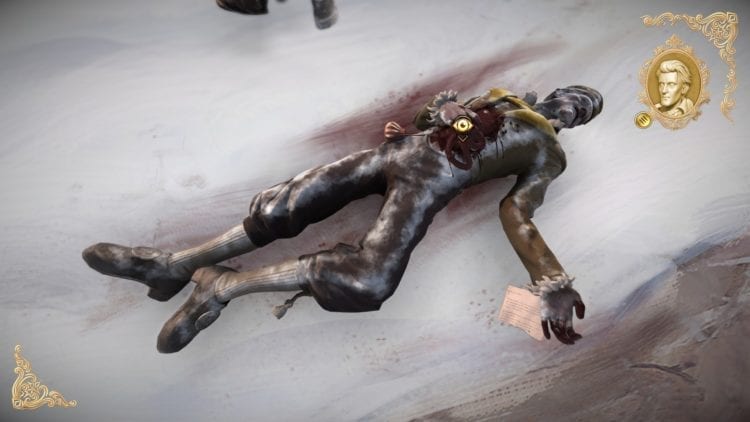 Solve the murder by clicking on all the things!

Stopped Dead In My Tracks

Unfortunately, I didn’t experience the entirety of the demo, as it came with no save function and an oversight that led to a game-breaking bug an hour-and-a-half into my time with it. The game has a third playable character, and when I clicked to enter an area that it seemed she wasn’t able to go, I loaded the screen only for her to never appear in it. In the end, this forced me to exit out of the game.

Overall, Dance of Death: Du Lac & Fey is promising in some aspects. I’m curious to see where the story is going, even if much of it seems rather trite at the onset. The caliber of the dialogue and the voice acting, however, make up for a good deal of that. I’m hopeful that the story will come together in satisfying ways. But I also hope the developers will either fix the way click movement works or just allow players to move with keys.

I know the devs wanted to do console versions, so maybe we’ll even get controller support at launch. And perhaps the final version will have more accurate movement than this build. Fans of narrative games and the Victorian London setting will likely be interested in what the game has to offer. The game releases in early April, so I’ll be back then to give the lowdown on how the whole experience shapes up.