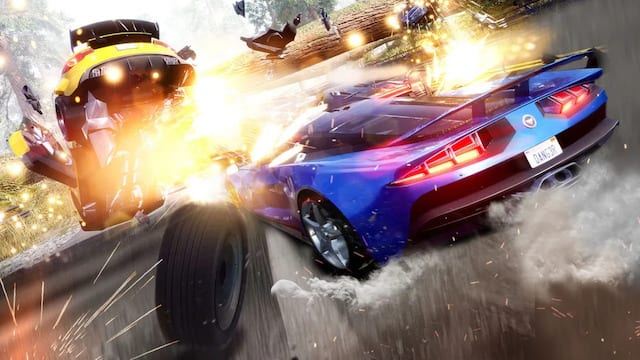 Looking to continue carrying that classic Burnout spirit into the current generation, Three Fields Entertainment will hit the road once more. The company recently announced Dangerous Driving 2, the follow-up to its chaotic arcade-style racing game. It’s due for release later this year on PC.

Though details are few and far between at the moment, Dangerous Driving 2 will deliver more of the wreck-em-up action we saw in the original. Slick driving pays off as you crash opponents while avoiding wrecks and going for a first-place victory.

In addition, the game will also feature both solo and split-screen multiplayer support. But players best be on their guard, as AI opponents will stop at nothing to win.

For those curious about what the sequel has to offer, you won’t have to wait long – at least, not if you’re around Boston. Dangerous Driving 2 is set to debut at PAX East 2020, which takes place from February 27 through March 1. Anyone that stops by can go hands-on with the game and leave a few wrecks in their wake.

The developer has also promised to deliver “new features our fans have been clamouring for,” hinting at possible new modes. It will also address “the areas we weren’t happy with in the last game,” which means an overall smoother experience.

A trailer for Dangerous Driving 2 hasn’t been made available just yet. However, Three Fields Entertainment should have something prepped for next week as players check out the game. We’ll be at the event, so we’ll bring you impressions as soon as we take a test drive.

In the meantime, the original Dangerous Driving is available now on the Epic Games Store. If you’ve been looking for an old-fashioned arcade racer to get destructive with, make sure to give it a look. And check out the above trailer if you need an idea of what it’s all about.