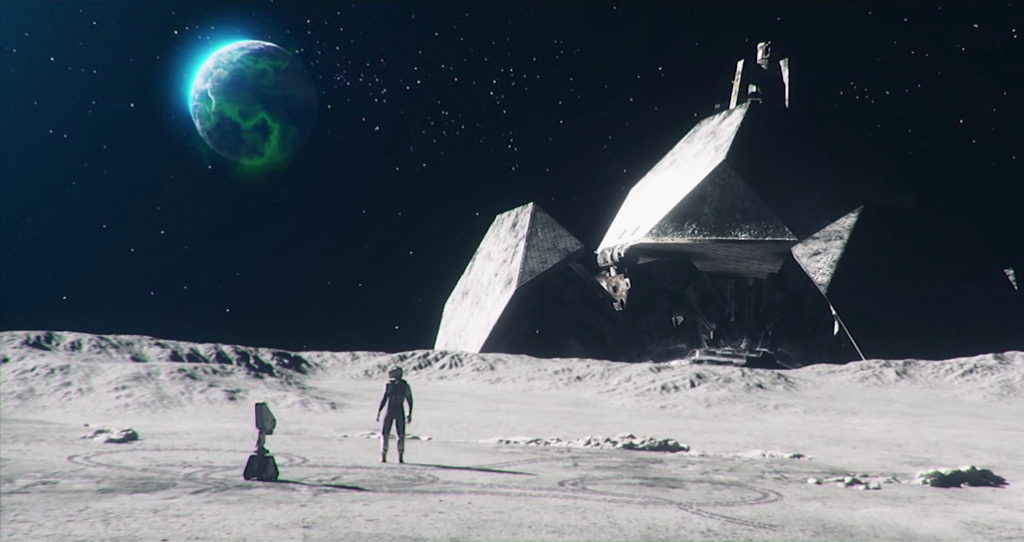 It can’t be understated just how important the sun is to us. Our little ball of burning gas has provided us with life, light, and warmth, all for the cost of the occasional blind kid who ignored his parents’ warnings and stared too long. But make no mistake, the sun will kill you if it had the chance. In the strategy game Dark Moon by Polish developer Jujubee, that’s precisely what’s happening. Stranded on the moon, you must avoid the sun’s deadly rays, or die.

I won’t call it a trend (yet), but I feel this isn’t the first game about the sun getting its murder on. In Last Oasis, an MMO where you move around on walking ships, the Earth has stopped spinning, and you must outrun the heat. Dark Moon runs along a similar concept, with some key differences. A solar storm has turned the sun’s warm rays into beams of burning disaster, scorching everything touched by the light. You, however, are arguably luckier, having been spared on the dark side of the moon. However, it will take effort to stay alive, outrunning the sun on a dead hunk of space rock.

Everything you need, plus a cinema

Dark Moon is an overhead strategy game, where you travel atop a moving base. The Mechaplex is an engineering vehicle, fitted with large, unfolding panels where you build installations. Atop your mobile base, you must create structures that mine for resources, research new technology, and entertain your crew.

Indeed, entertainment, as crew management looks to be a major gameplay element in Dark Moon. You can bring in new crew members, each with an ability of which you can make use. Additionally, you also must take care of your team by offering beds and food, as well as deal with possible consequences and spats. 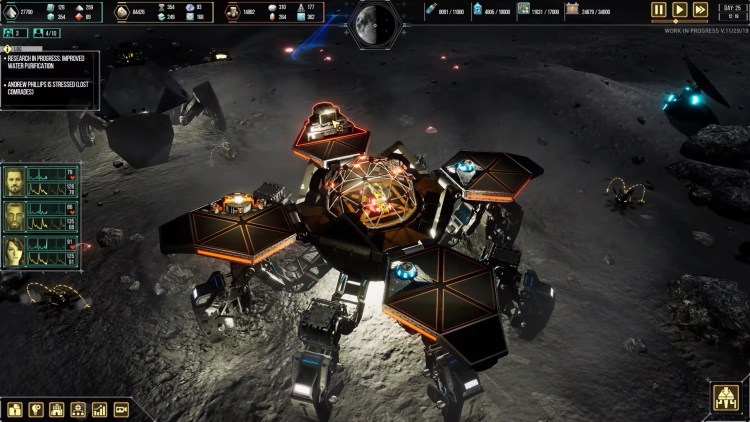 I plan on having Rifftrax running on repeat. People will love me!

You have to make decisions as you pilot the massive Mechaplex, and not all your crew will agree with your course. Not only that, but some members may dislike others for being a part of a rival country. It’s not just survival you have to deal with on Dark Moon, you also need to be a diplomat.