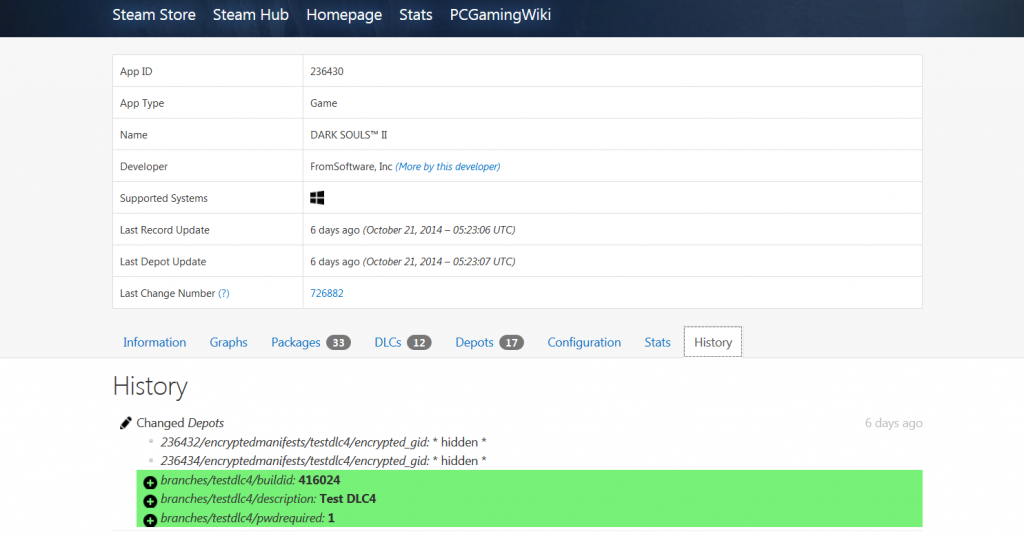 Hello, what’s this then?

The Dark Souls 2 Lost Crowns DLC trilogy may not have been the last add-on for the game, judging by an entry in the title’s SteamDb history. Six days ago, an additional build branch named ‘Test DLC4’ was added. For reference, Crown of the Ivory King was Test DLC3.

SteamDb keeps track of changes made to games and various test branches added to titles. It’s the same method that was used to confirm the upcoming removal of Games for Windows Live from the first Dark Souls.

The appearance of a ‘Test DLC4’ label doesn’t necessarily confirm a further upcoming add-on to the game, but it certainly points towards something of the sort.

DLC also comes in many forms, so it could just be something like a Dark Souls 2 weapon bundle (maybe the various contents of the Majula chest, for those people who missed out on the limited period they were available for free.)

That would be a bit rubbish though. So if it does indicate new Dark Souls 2 DLC, let’s hope it’s something substantial.

By Ben Kerry1 min ago
Industry