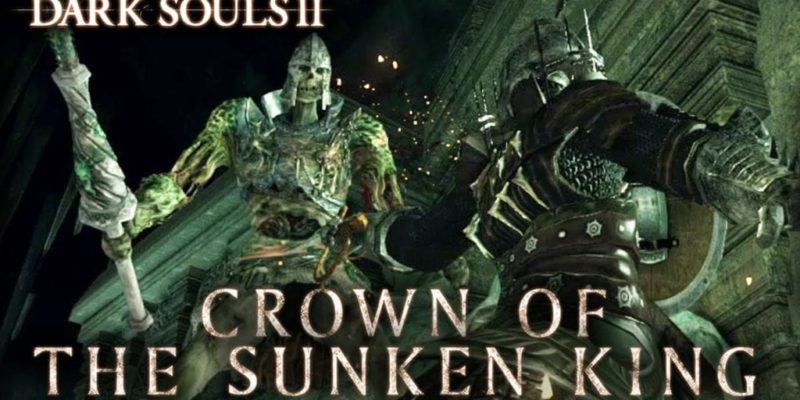 It’s really weird to see the phrase “season pass” anywhere near a Souls game, but yet here we are. Namco Bandai is eager to cash in on the acclaim of the series, which means Dark Souls 2 will be getting not one, not two, but three DLC expansions in the near future.

I’m not going to complain about more Dark Souls 2 though; assuming these expansions are decent. There’s a lot to live up to with the shadow of Dark Souls’ exceptional Artorias of the Abyss DLC hanging overhead.

For Dark Souls 2 we’re getting the Lost Crown trilogy. Three hunts for royal jewelry. The first, Crown of the Sunken King is coming on 22 July, and will involve the search for one of King Vendrick’s old head-toppers. You’ll travel “where stepped pyramids span a vast underground cavern” and no doubt make lots of wonderful new friends along the way.

“Players that seek adversity and glory will be rewarded with a crown that holds the strength of lords from times long past,” so that’s nice too.

The following two parts, Crown of the Old Iron King and Crown of the Ivory King will follow on 26 August and 23 September respectively. Unlike the main game, PC players will get the DLC at the same time as console users (one day earlier, actually.) Hurrah.

And, as I mentioned at the top, it’s possible to buy a “season pass” that gives you all of these for $25.00 USD. That’s available through Steam right now. I’d imagine that means the individual releases will be in the $10.00 USD region.

Here’s a trailer, which shows a bit more from Crown of the Sunken King (including moving poison statues, oh god) and suggests that the Ivory King one will be set in a snowy area. As do the images just under the video.

This is from the Old Iron King one.

And this is Ivory King.

Sniper Elite V2 is free on Steam until 5 June