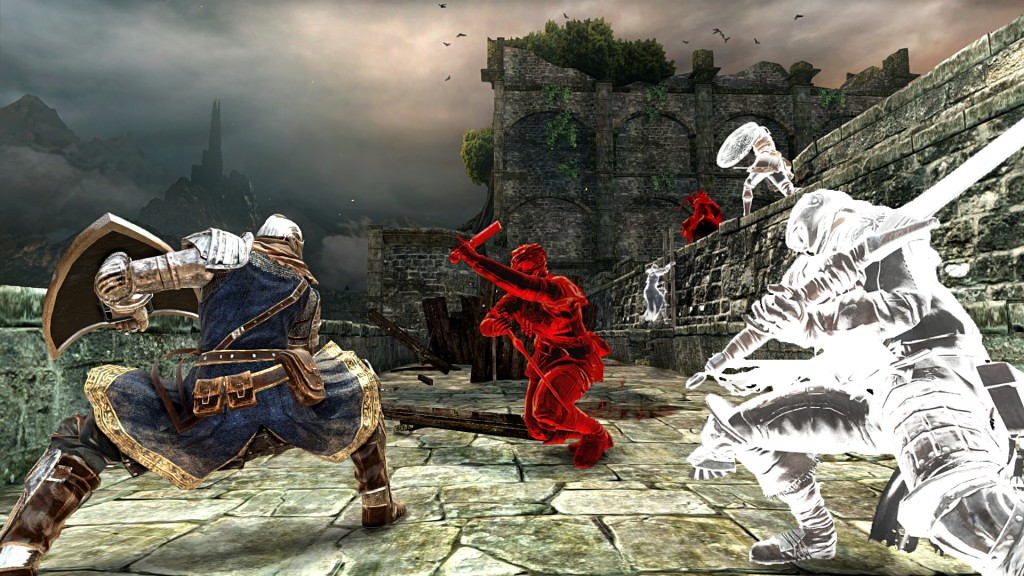 Six-player sessions will require purchase of the new version, but these OTHER multiplayer changes may be free.

Dark Souls 2: Scholar of the First Sin sounds as if it will bring some significant changes to multiplayer, according to a translated interview with co-director Yui Tanimura. Tanimura spoke to Japanese publication Famitsu, a discussion which has since been translated by Reddit user ‘fujisawajazz.’

This translation has a lot more clarity to it than the usual Google-translate version and, assuming his work is accurate, shows Tanimura addressing various aspects of Dark Souls 2 multiplayer which will be changed for the release of Scholar of the First Sin.

Tanimura says these things are still being worked on, but the plan is to relax the matchmaking barriers so that players can connect across New Game, New Game Plus and beyond (currently, the matchmaking restricts people playing outside of their ‘level.’) More interesting still, he suggests that players will be able to “self-adjust” their Soul Memory (the total number of souls they’ve accumulated across the game.) Soul Memory has caused much consternation amongst the PvP portion of the Dark Souls 2 community, so this could be a pretty major deal.

In addition to the above, it seems as though multiplayer time restrictions (presumably the amount of time a phantom or shade can stay in a player’s world) will be relaxed, and there will be changes to the rewards for fulfilling a co-op duty. Though Tanimura doesn’t say what those new rewards might be.

Based on where this line of questioning appears during the interview, it seems as though this stuff will be part of the free patch-like update that all versions of Dark Souls 2 will be getting. As usual though, it’s a bit hard to tell.