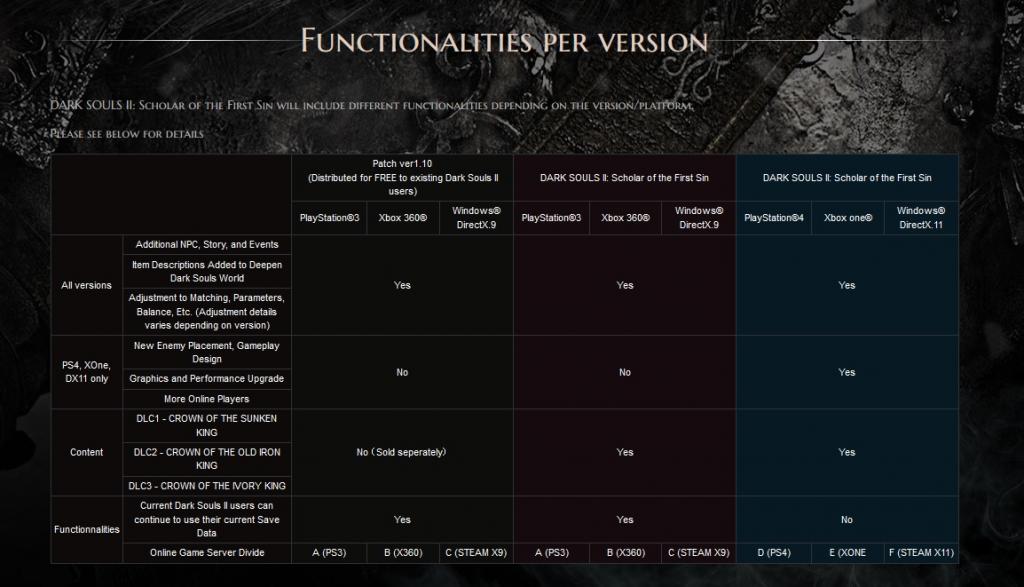 Bandai Namco have released some new assets for Dark Souls 2: Scholar of the First Sin, as well as a handy chart detailing the version breakdowns.

Except that the chart is incredibly confusing – or at least it is to my sleep-addled mind. From what I can gather, the PC version will have both DirectX 9 and DirectX 11 versions, and you’ll need the DirectX 11 version to get the most out of it.

If I’m understanding it correctly, here’s how it works: the 1.10 patch (free to everyone who owns Dark Souls 2) will get you balance adjustments, new item descriptions, and “additional NPC, story, and events.” If you buy Dark Souls 2: Scholar of the First Sin and play in DirectX 9, then you get those improvements, plus the DLC. You can also continue to play with your old save data, and you’ll be playing on the same multiplayer servers as those running basic Dark Souls 2. 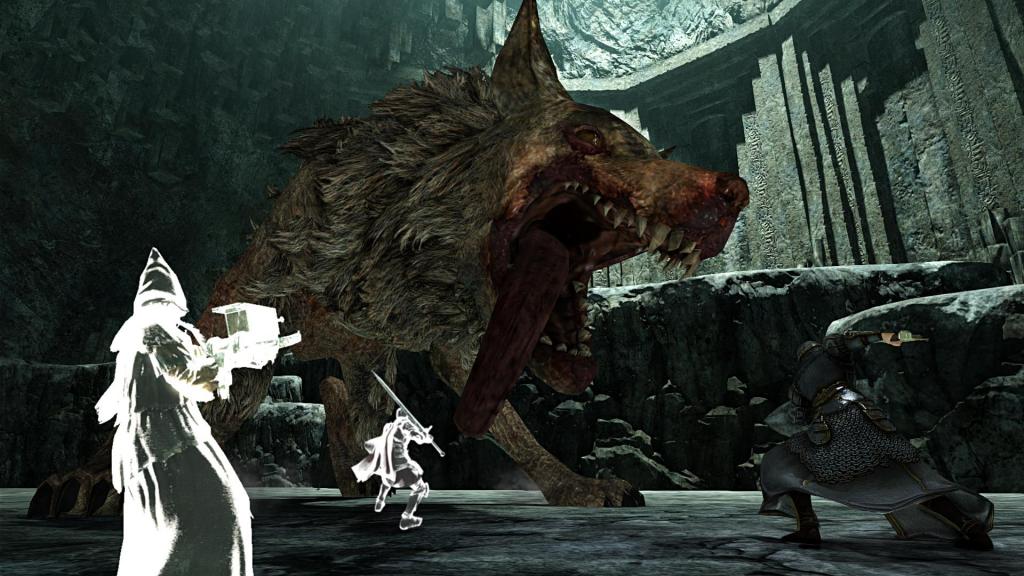 Then there’s the DirectX 11 version. This is basically an entirely new version of the game, which requires you to start over from scratch and play on entirely separate multiplayer servers, but – in addition to all the above-mentioned stuff – also includes new enemy placement, new gameplay design, graphical and performance upgrades, and “more online players.” I’m assuming that means “more people in a single session” rather than “everyone will be playing the new version”, because the player base will be split between the DX9 and DX11 users.

I’ve screenshotted the chart so you can see it above, while the new screenshots can be found below. I don’t think they look that shiny and impressive, but then I suppose I’m used to GeDoSato; I’d imagine they look a fair bit better than the previous console versions, at least.

Dark Souls 2: Scholar of the First Sin is due out sometime this year. Still no word on whether existing users on the PC will get a discount – and whether that discount will be increased if you own the DLC – but I damn well hope so. Player goodwill is kinda hard to earn in this industry, and that’d be a good way of getting some.