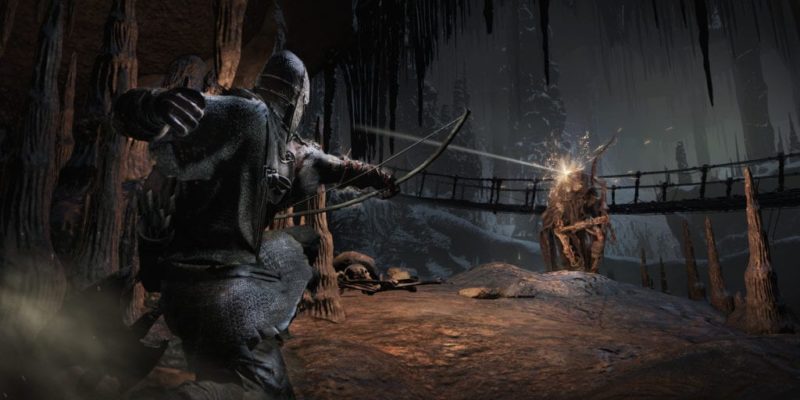 If you’d like the true Dark Souls 3 experience for this news item, try to imagine these words in a solemn British accent and append some unhinged laughter to the end of every sentence. Khehehe!

Anyway, Dark Souls 3 has a Steam page now, and you know what that means – yes, pre-orde … hold up, no pre-orders yet. System specs, then. Yes, it has those.

Here’s what From currently think you’ll need for the third entry. [Edit]: Worth noting here that (except for the HD requirement) these are the same as the Scholar of the First Sin specs, so there’s a moderate-to-strong possibility these are placeholders. Another explanation could be that the Dark Souls 3 engine is going to be pretty similar, so they’re confident the same hardware will run it. Not so sure about that, though.

Not sure if that 50GB of HD space is just a guess at this stage, or if Dark Souls 3 is going to really be that huge. Maybe it’ll have really detailed textures, or something.

Otherwise, those specs don’t seem too demanding. Especially in the GPU department.

Of course we’re not entirely sure yet what From’s plans are for this PC version. We’re getting the same release date as everyone else (12 April), but hopefully that parity won’t extend to a frame-rate of 30. Dark Souls 2 (and Scholar of the First Sin) ran happily at 60fps, so let’s hope that’ll be the case again.

Or, failing that, someone kind enough to dig around in the files and unlock it for everyone.