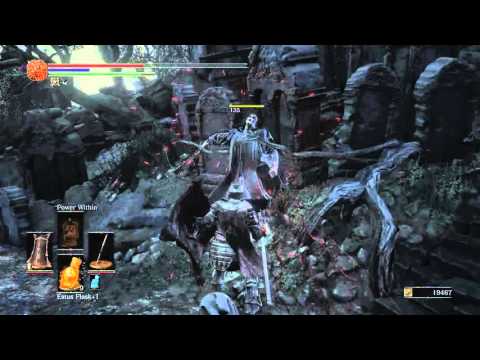 Whether by accident or design, it’s looking increasingly likely that the poise mechanic in Dark Souls 3 is currently switched off. Poise, for those who don’t know, is the value assigned to armours that (in theory) at higher levels should prevent your character from being staggered by attacks.

Robes and light armours have low poise values, heavier armours (like proper knight gear) offer higher poise. However, players will have noticed that even gearing up in the highest poise outfit you can find will still result in your character being staggered by a rat bite. In PvP play, this gives players with rapid attacks (like Estocs) an advantage over armoured opponents that they perhaps should not have.

Dark Souls 3 enemies appear to have working poise, as it can often take a few hits to get them to stagger at all.

A video circulating around Reddit and various other social sites claims to show the effects of working player-poise. As you can see below, it shows a character decked out in very high poise gear shrugging off (but eventually being staggered by) low level hollow foes from the tutorial level. The video creator claims this was achieved by changing an integer value in the Dark Souls 3 files from 0 to 1. In effect, stating that poise for players is currently turned off.

Since this value has remained at 0 through release and a couple of subsequent patches, it’s possible this is intentional rather than a mistake. It skews PvP towards rapid attacks, but the alternative risks skewing it back towards full-Havel armour tanks. Or, it may be an error that will be rectified in a future update (as it does seem very odd to have a poise stat in the game that basically does very little for the player).

Poise may still be doing something in the background, such as contributing to the so-called “hyper armour” frames that protect you from being staggered during heavy weapon swings (although I think that’s a separate mechanic), but appears to add nothing to a neutral stance right now. Heavy armour, of course, will still reduce more overall damage than light, even if the poise isn’t doing anything.

A word of warning for those who go hunting for the value in the files to change it for themselves; that’s the sort of thing that will earn you an online ban when Dark Souls 3 auto-detects changes to the data.

Here’s the video. It’s a re-upload, minus an obstructive logo. The original video text read as follows: “Turns out, changing the value pointed by the poise stat pointer in the game files or using a debugger/hex editor/memory scanner to make the 0 to a 1 results with this.
67.97 and 1.00 poise respectively for those who are wondering whats the difference between taking 8 hits for stagger and every hit staggering. P.S. I do not take credit for finding the stat pointers or discovery of the address.”

By Greg Bargas6 hours ago0
News

By Cristian Aguilar8 hours ago0
News