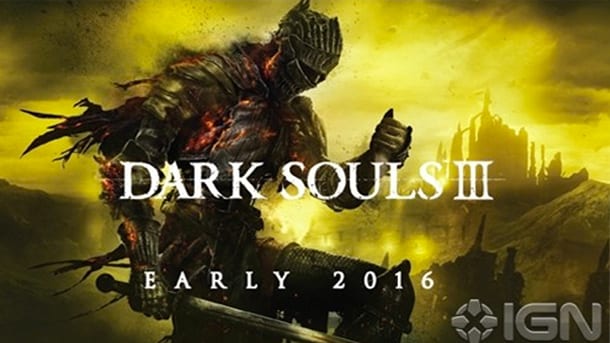 After last week’s highly unexpected Dark Souls 3 leak (from an even more unexpected source,) there’s another bit of maybe-real-maybe-not artwork to add to the evidence pile.

This one came the way of IGN (you can tell, because they slapped a big obnoxious IGN watermark on it) and can be seen above. The chaps over there say they “obtained” this image, but neglect to explain how. It’s supposedly an E3 Promo thing, which (if true) would add more weight to the suggestions that Dark Souls 3 will indeed be part of this year’s event.

Of all the alleged images from the game, this one would probably be the easiest one to fake, but in conjunction with the other leaked images, this whole third entry thing is starting to seem fairly plausible.

Also, in classic case of Souls lore being open to interpretation, the guy in the picture seems to be either crushing some sand through his fingers or giving a sheepish thumbs-up.

According to the latest bit of imagery, Dark Souls 3 will be released in early 2016. Will that apply to the inevitable PC version as well, or will that be later in 2016? We don’t know. We also don’t know whether Miyazaki will be back as director of this one (after all, he’s been a bit busy with Bloodborne,) or, indeed, if this counts as actual confirmation of the title.

Namco Bandai are still refusing to comment either way.