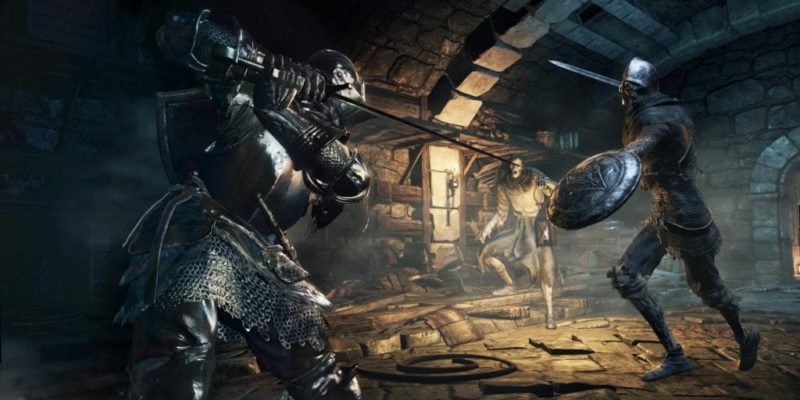 Eight new screens and four pieces of artwork from Dark Souls 3 have slithered out of Gamescom, and they’re about as you’d expect.

I have no context for any of this barring the original file names, so I’ll give you those in order. First up we have Armored Beast, a very big beastie with a giant… mace? Then there’s Lunge Art followed by two screenshots of something called Pursuer, Ready Stance Art, Rolling Shot, Spin Art, and Underground Ruins. As these are screens rather than bits of artwork, I’m guessing that “Art” refers to these being the Sword Arts we’ve heard about previously.

On a side note – wow, some of these look… familiar. That Spin Art location looks quite a lot like the Undead Parish, and Underground Ruins is rather reminiscent of the first piece of Dark Souls 2 DLC.

The new Dark Souls 3 screens are below, followed by the artwork.