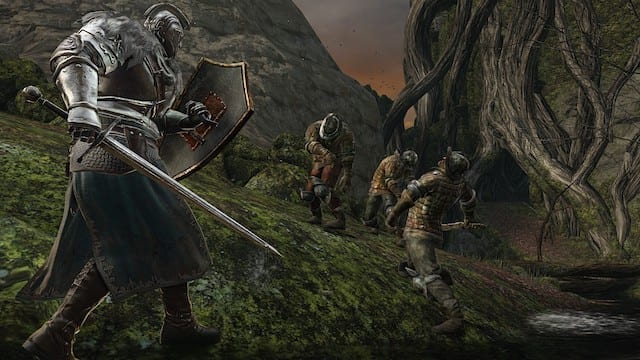 As great a game as Dark Souls II: Scholars of the First Sin has become over the years, some players are wondering why there isn’t much lighting in it. (Despite the name, mind you.) Fortunately, someone on the mod side of things is hard at work on that.

A modder by the name of “Stayd” provided a recent update on how his lighting mod is coming along. With it, he hopes to restore the lighting effects taken out of the game to keep it running efficiently on consoles.

What does this mod aim to do?

“Stayd” explained the basis for Dark Souls II originally having elaborate lighting effects. He notes that the game was “intended to be a next-gen game like Bloodborne”. However, in the midst of its effort, From Software reportedly had its dev time cut in half. It was also changed to target current-gen consoles. As a result, there were notable “aggressive downgrades” and a “generally rushed feel of the game.”

The mod, called “Flames of Old”, looks to restore this lighting, as well as improve shaders and a “few other” modifications. That said, he does see some problems when it comes to the “partially understood” development engine. He even breaks down a list of the tools used, including FLVER Material Studio, ACB Editor, and Yapped.

In the tweet below, he shows off the differences with the lighting — and you can see just how elaborate it is.

Finally another comparison, this time Shaded Woods. Took quite a while to get just this one spot presentable, as this area is one of the roughest in the game.
Of particular note is the addition of more ruins, foliage, and a gap in the trees to frame the Shrine of Winter. pic.twitter.com/QUKqzFg3EP

One user noted that some players still experience a lot of “empty rooms” on their Dark Souls II journey, which they hope the mod will fix. Alas, “Stayd” says it’s not quite that simple. He noted that he’s “limited by the assets available in the game.”

However, he did promise to “try my best to make areas feel like they have purpose and history.”

Thus far, the mod doesn’t have a release date, as it’s still heavily in the works. But, hopefully, there will be an update soon.

Dark Souls II: Scholar of the First Sin is available now on Steam.