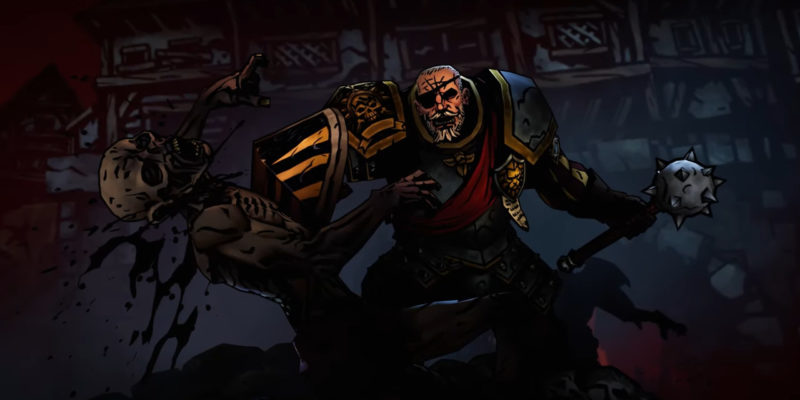 It’s been so long since we heard about Darkest Dungeon II that I almost forgot it exists. Teased in February last year, the sequel to the game that humbled many rogue-lite fans finally has a release window. Revealed earlier today by developer Red Hook Studios, Darkest Dungeon II is set to enter Early Access in 2021 as an Epic Games Store exclusive.

The accompanying teaser trailer should excite fans. Titled, “A Glimmer of Hope,” narrator Wayne June speaks in his trademark, haunting tone as the camera pans over the familiar characters fighting monsters as a city burns behind them. What’s great about this short trailer is how it gorgeously renders its “heroes” and creatures. The flat, two-dimensional designs of the former game’s characters are fully redone in 3D. And it looks fantastic.

According to the developer, the characters were captured from the game itself. What you see in the teaser are the in-game designs, so expect Darkest Dungeon II to look incredible. But why read about it when you can see for yourself?

Shedding some light onto the darkness

Beyond this reveal, however, we don’t have much more to go on when it comes to expectations. The original teaser hinted at a world of ice and snow, as the game’s characters approached a mountain looming on the horizon. Considering the series is heavily inspired by the works of H.P. Lovecraft, we speculated that the game will borrow some themes from At the Mountains of Madness. But looking at today’s teaser, it’s clear that battles may take place within ruined cities as well.

We’ll know for certain what awaits us in Darkest Dungeon II when it hits Early Access next year. The game now has a product page on the Epic Games Store, allowing you to add it to your wishlist.