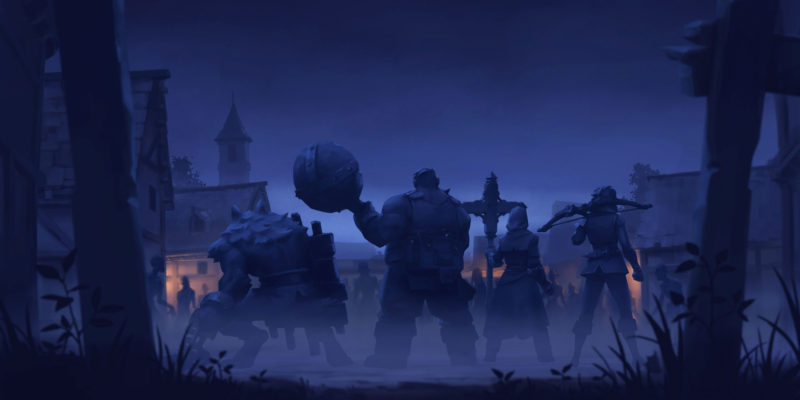 Shiro Games has revealed that its top-down co-op survival action title Darksburg will enter Steam Early Access on February 12. The developer made this announcement with a new trailer that shows off some of the colorful heroes in the game, as well as some zombie slaying gameplay.

Our own Dillon Bantel tried his hand at defending the town of Darksburg in the closed beta at the end of last year. He thought it was a unique take on the co-op survival genre and that the game already has a solid foundation. Make sure to check out his full impressions for more details.

Surviving the medieval zombie apocalypse isn’t going to be a walk in the park. Or the town square. You will need to work together with your three allies in co-op to stand any chance of surviving. Teamwork is the key to survival in this one.

You play as one of four Survivors fighting back against the hordes of undead assaulting the town of Darksburg. In your bid to save the town, you will need to slay your way across objective-based maps. Fortunately, each Survivor has a unique set of powerful skills and special abilities for you to call on.

The Early Access version of the game will include all four of the playable characters. It will also have five maps set in various parts of the city and three game modes. This includes a Versus Mode, which will let you switch sides and control powerful Revenants and ravenous zombies. Revenants serve as the undead equivalent of the Survivors – they will match you in strength and surpass you in willingness to do evil.

The price for Darksburg isn’t listed yet, but for now, you can add the game to your Steam wishlist in anticipation of its Early Access release.