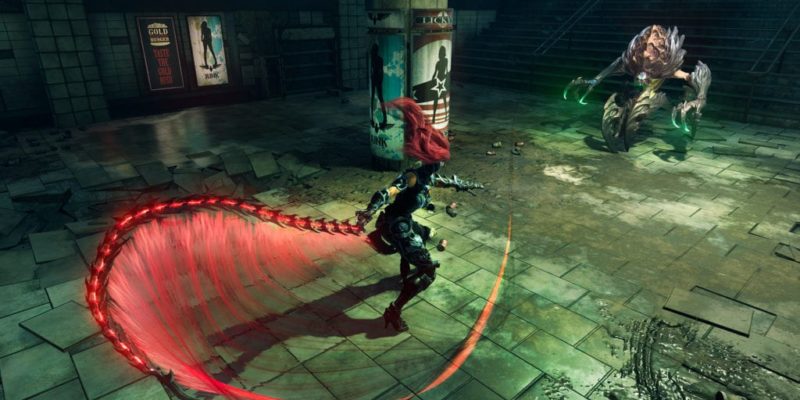 The Darksiders series might make it to one entry for each of the horsemen after all; Darksiders 3 is on the way in 2018. THQ Nordic and Gunfire Games will be publishing and developing this third one, respectively.

Nordic, of course, got the Darksiders property (and several others) following THQ’s bankruptcy in 2012. Gunfire Games was formed in 2014 by Vigil Games founder David Adams. Many of the former Vigil staff who worked on the series are now at Gunfire, so there should be significant continuity. The original Game Director, Executive Producer, Technical Director, and Lead Environment Artist are all there.

But enough history for now, what about Darksiders 3? In this one you’ll be playing as the rider of the Black Horse, sometimes depicted as Famine (it’s not like Revelations is super clear as a source) but here portrayed as Fury. She’s a whip-wielding mage who looks like she’s no stranger to the goth club scene.

Events in the third game take place around the same time as those shown in the second. Fury is tasked with finding and beating up physical manifestations of the Seven Deadly Sins. The game world is described as “open-ended, living [and] free-form”. Here are a few screenshots from the game. Darksiders 3 is due in 2018.

Arkane “confident” Prey’s performance will be fine on PC

By Andrew Farrell6 mins ago