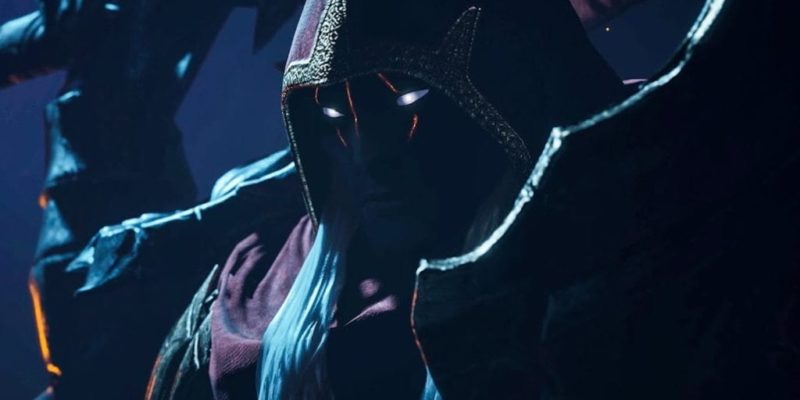 Just because War was the protagonist of the original Darksiders, that doesn’t mean we’re done with him yet. War returns in Darksiders Genesis, a co-op action RPG that stars two of the four horsemen of the apocalypse. Publisher THQ Nordic released a new trailer for the game today, showcasing War and his abilities.

From what we can see, War will play similar to his Darksiders outing. The Rider of the Red Horse is still ridiculously huge, wielding a ridiculous sword, while wearing ridiculous armor. Many of his abilities showcased in the trailer should be familiar to fans. War still wields his massive Chaoseater blade. In the trailer, he whips it around in huge arcs, and can still use a strong forward chop to twirl him around like a deadly Beyblade.

War still has some of his Wrath abilities. In the trailer, he uses the Blade Geyser, in which he drives the Chaoseater into the ground which causes blades to burst upward and all around him. As this is an action RPG akin to Diablo, the Blade Geyser should prove useful for crowd control against a seething mass of enemies. Additionally, War still has his phantom steed Ruin by his side. 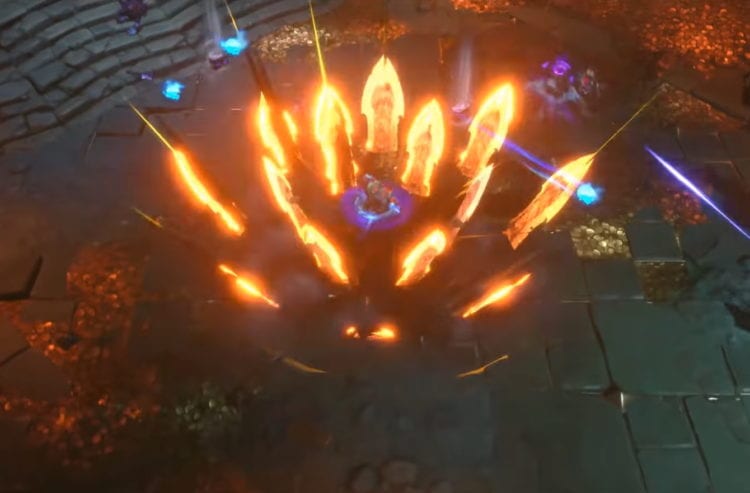 War uses the Blade Geyser to prove a “point.”

Running with the devil

Darksiders Genesis is a co-op focused game that takes place before the events of the first. You can play play the game co-op with a friend as either War or fellow horseman Strife. In the story, the two brothers face none other than Lucifer, the demon king, as he attempts to tip the scales by “granting power to master demons throughout Hell.”

Strife was introduced in the announcement trailer for Darksiders Genesis during E3 this year. Unlike War, Strife wields firearms to slay Hell’s forces. The game will be the first game to feature Strife, as the main trilogy of games have since only starred War, Death, and Fury in that order.

Darksiders Genesis will be available on PC and Google Stadia later in 2019.