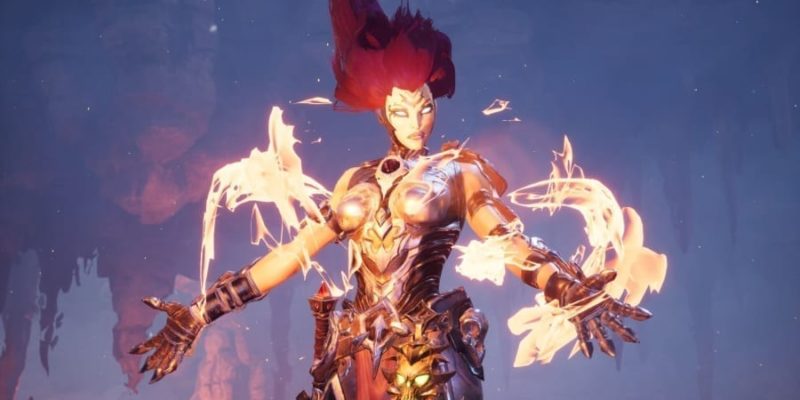 Many thought there would never be a day where a new Darksiders title would ever come to fruition. Well, Darksiders III has been in development by Gunfire Games, a studio that previously worked on Darksiders II: The Deathinitive Edition. It looks as though the six-year development process is chugging along just fine. Now, THQ Nordic and Gunfire Games have confirmed future DLC plans to follow the launch of the third installment into the Darksiders franchise, this time with the main character known as Fury.

The two content packs that will release post-launch have been titled The Crucible and Keepers of the Void.

The Crucible describes Fury being summoned by “a strange entity wishing to test her skills in battle.” With a name like Fury and obviously street cred to uphold, she willingly responds to the request. The DLC for this pack reveals that “new rewards and items” will become available once complete. The challenge comes in the form of wave-after-wave of enemies.

The second expansion for the game details a much meatier experience. Keepers of the Void promises a new quest, puzzles, and enemies, all found in the Serpent Holes. If successful in this area, new unlocks include a new weapon and an armor set known as The Abyssmal Armor.

Best Job I’ve Ever Had

In the first Darksiders, you control the main character War, and Darksiders II cast you as his brother, Death. In the third, you command Fury, the sister to the prior two main characters. She is much more agile than her two predecessors, having a whip and various magic abilities in her mage arsenal.

Darksiders III releases on November 4. The game will launch on PC via Steam, Xbox One, and PlayStation 4. Both the standard and deluxe versions are available for pre-order. It doesn’t indicate, however, if the DLC packs will be a part of the deluxe edition bundle.

WWE 2K19 PC Review: No Longer The Yearly B+ Player