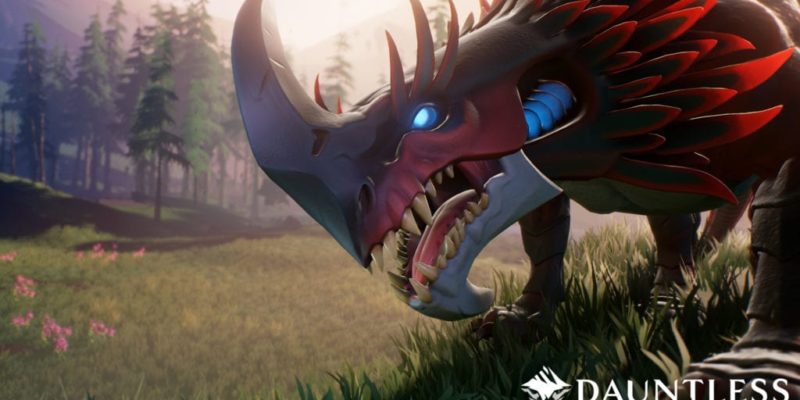 Phoenix Labs’ Monster Hunter-ish sounding title Dauntless will, if all goes to plan, move into Alpha in late April. It’s possible to be part of that Alpha release, by signing up with the following form.

If chosen, you’ll be expected to sign an NDA (non-disclosure agreement) agreeing not to stream any footage, record any video, or leak any screenshots. All of that stuff will be opened up “later this year”, but for the first phase or so Phoenix Labs will be keeping things less public.

By their own admission this early build of Dauntless will be unfinished. According to the studio: “We may turn 500 people loose to fight only Drask for a day to properly balance his encounter. We may unlock a new weapon or armour set to test how well they perform in the heat of battle. There will be bugs, glitches, and unfinished content; it’s all part of the process.”

Further invitations will be issued as the game gets deeper into the Alpha process.