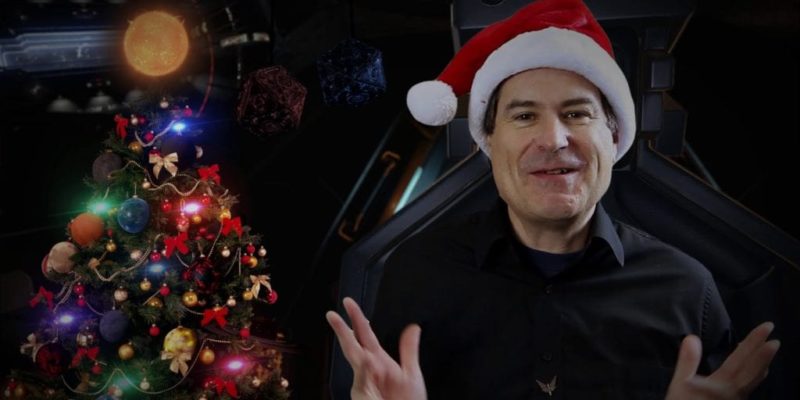 Elite: Dangerous‘ David Braben has posted his Christmas message to the Elite Dangerous community which looks back at what’s been happening with the game and also explains their pricing model.

Elite: Dangerous has gone for an expansions model with each being sold separately as we’ve seen with the latest Horizons expansion. Davis explains:

“There has also been some discussion about pricing; if you buy the game as soon as it comes out, we expect it to cost $60/€50/£40 for your first season, then $45/€37.5/£30 for each subsequent season, including all expansions, ships, vehicles, and features through the season in that price, with just vanity items and clothing etc sold on top of that. It is much less than other multiplayer annually-updated AAA games, and works better than subscriptions, paying for each expansion separately, because these would be more expensive overall, and would not keep the player base together in the same way. The season model also enables us to discount the original game over time, to bring more players to the world. What we are doing is unique in having forwards and backwards compatibility, and our model enables us to do that while moving the game forwards in terms of hardware spec, and keeping the central servers running. I am strongly against pay-to-win by charging for ships or in-game money, so this seems to be a good solution.”

I have to agree with David here, I think they have this right for a game like Elite Dangerous. It makes perfect sense and avoids disappointment as features are continuously rolled out over time.

In the update David also talks about the challenges faced by space sim developers and offers some support to Chris Roberts and the Star Citizen team who have come under increased criticism this year.

“Landing on planets seems to be ‘the new black’ as they might say in marketing circles… You can do it now anywhere on the surface of countless 1:1 scale simulated planetary surfaces in Elite Dangerous: Horizons and landing is coming in the future in No Man’s Sky, Star Citizen (as I heard just now – a major new future feature they announced last night), Infinity: Battlescape and many others. This is a great thing, as open world space games have now truly come back with a bang, and I look forwards to playing them – and also huge congratulations to Chris and the team for raising $100M for Star Citizen!

“What both Star Citizen and Elite Dangerous are trying to do is very hard indeed. Both games are incredibly ambitious. I am proud and excited about what we are doing, but what they are doing is ambitious too, and I am looking forward to playing Star Citizen when it is finished. What we are both doing is new; we are trailblazing. The scope of both is vast and quite different, and neither have been done before, so there is no right answer for either of the approaches. It is frustrating to see some of the criticism of Star Citizen online. We should applaud when someone tries something that is hard, that hasn’t been done, not discourage them.”

Star Citizen is without a doubt ambitious but most of the criticism has been about the speed of development and feature creep early on. I don’t think any backer, myself included, wants to see Star Citizen fail. PC gaming needs titles like Star Citizen that attempt to push the boundaries of what was thought possible on a modern PC. That’s why PC gamers are PC gamers. Let’s just hope they can pull it off before funding gets tight.

By A.K Rahming37 mins ago
Hardware