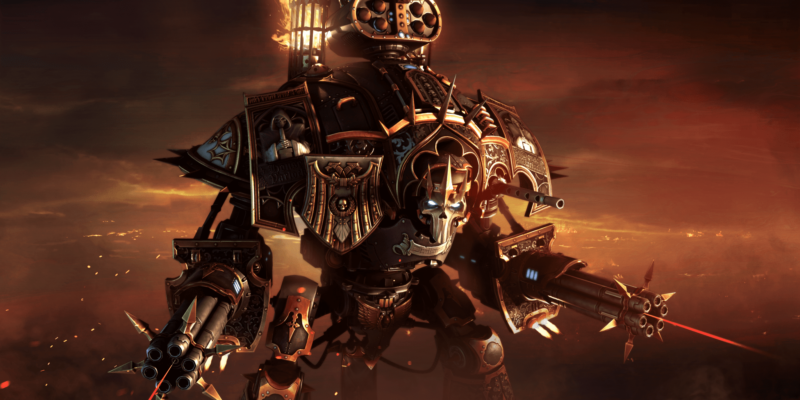 SEGA has revealed all the pre-order options for Relic’s Dawn of War 3.

The game will be released in three different versions, Standard Edition, Limited Edition, and Collector’s Edition.

The Masters of War Skin Pack is included with all editions and features three cosmetic skins for Dawn of War III’s Super Walker Elites. The Dark Queen skin for Lady Solaria (Imperial Knight), the Ghost Seer skin for Farseer Taldeer (Wraithknight) and the Big Kustom skin for Beauty (Morkanaut). Player who don’t pre-order still have access to these units, they just won’t have the fancy skins.

The game will launch on 27 April.

The Pre-order editions include the following listed below and here’s a trailer to show the skins in action. 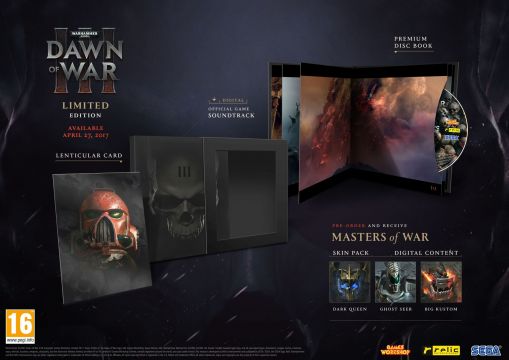 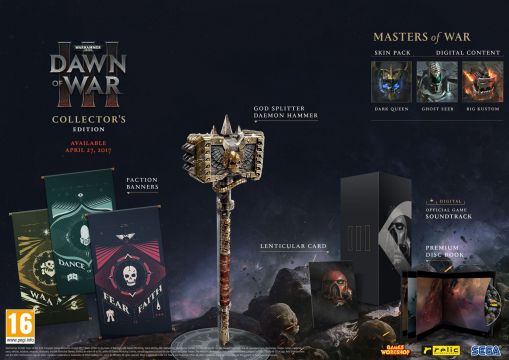