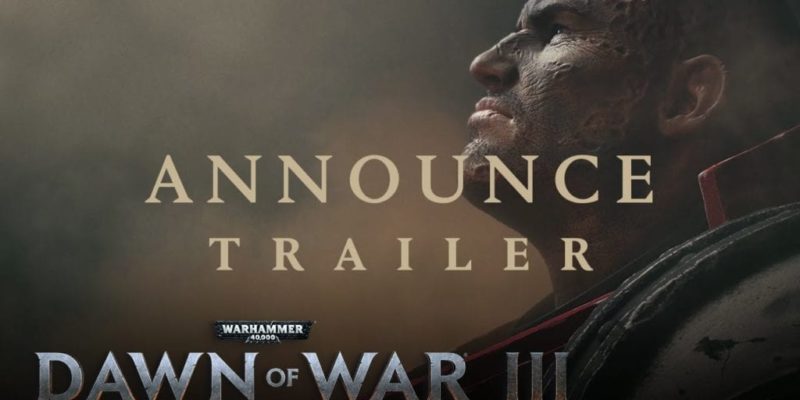 It’s been a while since Relic visited the grim darkness of the far future where there is only war, but that sabbatical from Warhammer 40K is now over with the announcement of Dawn of War 3. It’s set for 2017, but already has a bit of a Steam page to peruse.

There will be three factions at launch; Orks, Eldar and (inevitably) Space Marines. As confirmed by both the CG trailer (below) and the Steam page, Titans (or at least mini-Titans) will be on the battlefield this time, which changes the scale of the conflicts somewhat. Relic Producer Stephen MacDonald confirms that base-building will return (“Base-building, epic heroes, huge battles, it’s all in there”, he says), and both co-operative and competitive modes will feature too.

Here’s the Dawn of War 3 trailer, featuring a space marine who’s experiencing the bliss of battle.

By Elise Nelson15 mins ago
News